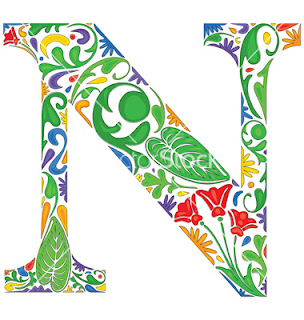 Narration/Narrator- Not just the disembodied voice that ham-handedly adds exposition in some movies. Writing that tells a story. Most fiction is narration, although some types of stylized fiction are not. (Like fictional travel books or fictional dictionaries.) Narration happens through the "focus" of a narrator, be it a character in a story or the omniscient voice. It is the story. This can make "narrative" (the story and point of view through which we filter our facts) very important. Les Misérables told through the narrative voice of Javert, for example, would be very different. (And in fact, in the book, these chapters are very different.)

New Criticism- What happens when someone comes back after you think a fight is over and says "And another thing...." ~rimshot~

These days, it is the premier way to analyze and criticize written work, even outside of the literary world. Writers who give a flip about their reviews would do well to understand at least the basics.

Nonfiction- This is writing that "really" happened. Ostensibly it is simply NOT fiction. However, after creative writers who deigned to dramatize their biographies with composite characters or a dramatic flair got fact checked and "exposed" back in the 90's, they took their ball and went over to "Creative Nonfiction." The line between "truth" and "fact" has never been so well-patrolled as in the Internet era. We don't talk about non-fiction much here at Writing About Writing, but some of the conventions dovetail, and much of the writing process is similar.

Novel- *coughnotsomethingyouwriteinamonthcough* Defining a novel is tough. Not like overcooked ribeye tough; I mean like last week's teriyaki beef jerky tough. A novel is fiction, but also truth. It has maybe one or more or many characters, but usually sticks with a single narrative arc. Usually. It is longer, but no one knows exactly how long. Some bellwethers go as low as 40,000 words but I've talked to several publishers and no publishing house would publish a book that small as a standalone. They would call it a novella, and put it in an anthology. In fact 50,000 words would be too short for a novel to be published these days. Most print publishers will balk at anything under 70,000 for an author who isn't a household name. And will likely try to package multiple shorter works into an omnibus even then.  Similarly the point at which it is broken up into a trilogy appears to be controlled chiefly by gnarled knuckled mystics who chant at the event horizon of a temporal rift they mistakenly think is the god of books.

Creative Writing Terms Beginning With the Letter O
at October 29, 2015