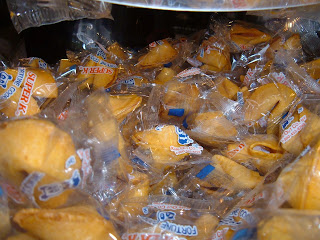 The longer I do art, the more I think that JUST after hard work and persistence, the next most valuable trait an artist can have is the ability to crash right through their own imposter syndrome like the Kool-Aid pitcher.


Mental illness is not homologous to evil. Before you have an antagonist simply be "crazy" consider who that stereotype hurts to be perpetuated and reinforced one more time and how lazy the writing is that doesn't come up with a more compelling motivation for villainy.

When you fall–and you will fall–get back up.


Little advice? If you're in this for money, fame, or groupies, you really need to do something else. This just isn't the way.


Your role in fiction is to tell the starkest truth possible by weaving a tapestry of lies.


If I had one random, non-writerly bit advice to give to writers trying to cut their teeth in the digital age, it would be this: read the article/book/whatever before you reply to it. Read the book. Read the thing you're criticizing. I can't even tell you how foolish that makes people look. If you haven't read it, shut your sound tube, and have a fucking taco. (Or stop moving your phalanges, whatever.)

Look you do you, but every writer who has a career arc one might emulate has written daily and encouraged would-be writers to do so. And I've never once had someone give me feedback that they tried writing daily and it "destroyed their creativity." (Actually the opposite.) That's only something you hear from people who haven't done it yet. So you do you...but maybe also do the math while you're at it.


Don't take it too hard if someone tells you your Nano draft is steaming shit. It's not like that's somehow vastly different from every other first draft.


Your inspiration is basically a muscle. If you sit around waiting for it to work, it will pretty much only twitch from time to time as an involuntary reaction to stimulus. If you put that thing through the paces every day, it will be Herculean and move mountains at your whim.

You're going to develop a voice as you write. It will be as unique as your actual voice, and those who've read you will recognize you as easily and quickly as they would if they picked up the phone and heard you speaking.Let that voice come out, and don't let too many people insist that they know better what your voice should be or to shape it to their own vision.


Grammar is the Matrix. You exist inside it, it's everywhere, you breath it, and you have to know what it is and how it works to be a writer, but some of its rules can be bent and others can be broken, and if you want to jump across the building and make someone say "Woah..." when they read you, you're going to have to know exactly when to ignore its physics.

Caffeine and writers have a sordid, tangled history, and it's possible you can jump start some creativity with some, but too much burns you out in a game where slow and steady wins the race, so don't make it a big fun one-upmanship to prove how badass you are.

If you only write when you're inspired, your muse is in control of you (and not the other way around). And your muse abandons anything that starts to look a little too much like work.

The worst writing in the world comes from thinking the readers need to be told what to feel.

Shhhhhh. Come here. No, no closer. Closer!  Do what ever works. Always.