Who is the BEST Written Villain (Poll: Semifinal 1) 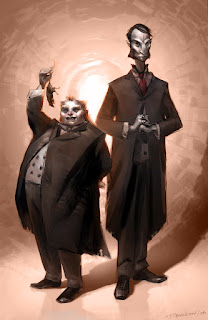 Our October poll is live, but we're going to have to move quickly if we want to get it done before well into November. Turns out you all nominated (and seconded) over 16 villains. I almost included only the villains that had multiple seconds, but that would have been a very short poll. So we have to go to semifinals.

Warning: because it's so late in the month already, these semifinal polls will go very quickly.

The semifinal polls will only be up a few days each. I'll put this one up until Thursday and the second semifinal poll up until a week from today. Then the final round will dip into November, but hopefully won't drag out.