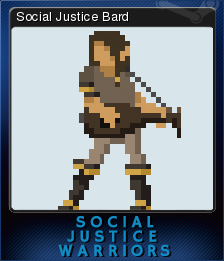 Today we have two posts from my Facebook page that have done particularly well.

The ducks on campus give me a wide berth. Even when I have absolutely no intention of hurting them or even touching them, they run away from me if I get anywhere close. They're afraid of me. Most humans probably leave them alone but enough humans try to catch them and/or hurt them that they are generally wary of all of us. Some humans "just want to pet them" but that can be scary too since it's not actually what the ducks want. I would probably have to not harass these ducks for a LOOONG time before they came to trust me or treat me any differently than any other humans. After months of not harassing them, I might be able to get closer to them than other humans.

I tried to guilt trip them by insisting that they were bad ducks for treating me like other humans instead of taking my word for it that I was cool.  I told them not all humans were like that.

Imagine joining a game of Monopoly ALREADY IN PROGRESS. All the properties have been already bought up on the third and fourth side (and most on the second) and you only make $108 when you round GO because that's how much the iron makes. (The car and the top hat both make $200, but the top hat also accrues 10% interest on anything unspent.)  There are half a dozen home rules for going to jail that apply especially to each piece, but the top hat and the car rarely trigger them. Your iron, on the other hand, gets thrown in jail constantly.

The people who are already playing the game will make each other special "deals" if they land on each other's property (like "let me land on your property two times without paying"), but extend no such nepotistic pacts to you. If you try to buy property, even if you have the money, you have to roll over a nine. If you get eight or under, you can't buy it that time around. Plus you're absolutely sure the banker is slipping themselves money on the sly. And if you complain or ask to start over or even call out the banker, they tell you that you obviously just don't know how this game is played and need to learn to be a better Monopolizer. If you ask for some kind of leveling mechanism that could give you a chance to do as well, they demand to know why should you be treated differently than all of them who are playing the game the right way.

Every turn they technically win the game (you go bankrupt), but you are forced to keep playing anyway, so that you can keep paying into the system. And they gush incessantly about how much BETTER they are at this game than you, and how you really need to try a lot harder if you're going to succeed. They tell you that your parents clearly didn't raise you with a competitive gaming ethic.

But don't get angry. Oh no! Don't ever get angry.