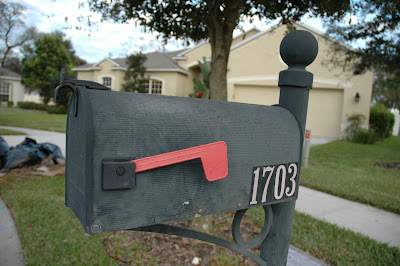 Why does writing have a bad reputation?

[Remember, keep sending in your questions to chris.brecheen@gmail.com with the subject line "W.A.W. Mailbox" and I will answer each Friday.  I will use your first name ONLY unless you tell me explicitly that you'd like me to use your full name or you would prefer to remain anonymous.  My comment policy also may mean one of your comments ends up in the mailbox. I'm sorry if sometimes my realities are cold like the Siberian winters.]

Why does writing have such a bad wrap [sic]? Like the cartoon where the guy say's "I'm a writer" and the girl say's "yeah but what do you do for a living?" I know there is probably no end to the starving artist types but if you work at it, really work hard at it. Write every day, bleed onto the paper every day and really work, is making a living writing really that unattainable?

I can't figure it out either, since we're all social animals with bodies of Adonis and millions of dollars working in Hollywood who make people immortal. Yet when I walk into parties and say "Line forms to the left ladies," they all just roll their eyes! Still.... I guess I can think of a couple of superficial bullshit reasons for this perception that writers are mostly hobbyists and why we're not getting as much respect as we clearly, so richly, deserve.

Bee tee dubs, the person who asked this isn't really anonymous. I gave a shout out for questions, wrote them all down, and then foolishly forgot who asked which questions. So if you chime in, I'll make the edit to the article.

I have a number of friends who write for a living. I also have several friends who prolifically write fiction. Here's the rub: none of these people are the same person. Unless they have a Scooby Doo mask and lead a double life, which maybe they do since most of them are pretty solitary people. What I mean is that all the writers I know who are making money are tech writers, content writers, bloggers, freelance writers, sometimes ghost writers, or otherwise writing non-creatively. All the creative writers I know–even the published ones, sometimes with several published books under their belts–are either still working day jobs or have a situation in which they don't need to (like a trust fund or a supportive and rich partner).

Or, no shit–not even making this one up–they're in their thirties and live in their parents' basement. (Hi Mark! ~waves cutely~)

Many of them–in fact most of them–make some money, but it is part time job money. Like having an Etsy store or something. It's a nice chunk once every couple of months. It could pay a cell phone bill or for a couple of nice dinners, but it's not going to keep anyone's rent paid.  And when broken down hour by hour, it amounts to a pay rate that would cause a Nike sweat shop worker to make a moue. No one is quitting their day jobs.

Even I sit unremarkably amidst the prison of these statistics. When I can get a few days to myself without The Contrarian or teaching and work really hard to write really good articles, my daily rate gets up around six or seven dollars a day for eight to ten hours of work (up from three or four dollars a day when I'm struggling to find writing time). You might think "Holy shit that's almost two hundred a month for writing, but imagine putting in about a full time job's worth of effort for the same cash payout as someone gets who works ONE shift a week at a McJob. Consider also that my numbers TANK when I write fiction. (A few people really love it, but those posts never go viral.) I'm not going to be quitting my ends-meeting househusband job any time soon or even quitting my spending-money/retirement-fund teaching job any time soon.

Whenever this "any time soon" rolls around, I'm going to keep right on doing what I'm doing.

I technically have one friend I know who is writing fiction for a living–it's smut on commission but there are characters and plots and stuff. Two if by "friend" you mean someone who returned my friend request on Facebook. Three if you extend the definition of "friend" to people I've sat in Denny's with more than once. That's roughly one percent of the writers I know. Not looking too optimistic just by the numbers. It's probably something like ten percent of the writers I know who "work really hard." But even these three friends were writing for over ten years each before they started making living-wage money off of it.

I'm afraid I've got some really bad news for you. This comic is "funny" because it kind of nails one of the cold realities of writing. You're never going to make it as a writer without lots of work (and perhaps a decade or two of NOT while writing and grinding out your day job), but it is entirely possible to put in all those things and still not make it.

That's why there is no damned reason to try and be a creative writer unless you love creative writing. If you're not feeding your soul every time you take the pen to paper, the dollar or two an hour just isn't worth it. And sure. you might make more after years of slugging away at it, but you might not. You could guarantee yourself more money from the first day (never mind after ten years of seniority) with any other type of writing–to say nothing of any other type of job. So there's just no reason to do it if you don't love the writing itself.