Not All Assholes Are Lawyers 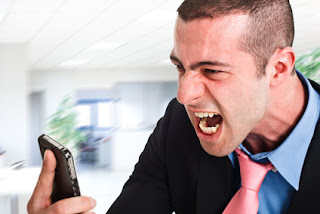 A guy walks into a bar and says "All lawyers are assholes." Down at the end of the bar someone says "Hey, that's not fair." The first person says "What, are you a lawyer?" "No," the second guy says. "I'm an asshole."

Now as you come down from the euphoria of laughing harder than you probably have in years (perhaps even your whole life) consider the following:

This joke is useful to keep in mind analogously when blaming bigotry and especially and violence on mental illness.

I know we would all prefer to live in a world where sane people simply don't go on killing sprees or hate someone because they're Black, and where we can avoid the uncomfortable feelings that our fellow man could be so heinous without also being "broken" (and what is probably really niggling at our sense of well being: that WE could be so heinous under the right circumstances).

However mental illness is not the root of all evil and people who are mentally ill struggle enough without the stigma that it is. Most mentally ill people never hurt anyone physically. They are more likely to be victims of violent crime than perpetrate it, and are more likely to hurt themselves than anyone else. Finding that some mentally ill people are violent is as meaningful as finding that some dentists are violent. It is not the X-factor, and blaming the correlation deepens the stigma and sweeps the real causal factors under the rug.

Besides, in the end, arm-chair diagnosing those who do something depraved is not only intellectually bankrupt. It is often, simply wrong. People who commit atrocities are found to be sane over and over again.
at December 14, 2016