The Narrative of White People on Racism 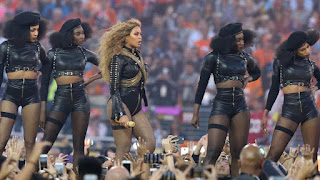 The narrative of racism according to white people:

*white people seeing racism online* Unfortunate, but if I didn’t allow them venue, space, and access to my audience, I would be no better than they.

*white people finding out the KKK is marching in their city* We have to give them police protection. It is unfortunate that there are still a few renegade outliers who feel this way, but someone might get hurt if we don’t.

*white people when a celebrity uses a slur* Yes, that was bad, but surely there's no reason to ruin their entire career over it. I mean come now.  Are we really NEVER supposed to use that word? How come you can use it to refer to yourselves? What if we're just singing along to lyrics of music we like......

*white people seeing event after event after event of blatant racism (every time)* Good lord what a horrifying example of someone who is still tainted by the corrupting evil influence of the racism we expunged from our society fifty years ago. Well, I'm glad that's over and we can get back to being colorblind. Cause I don't see race. (Unless it's Santa. Or a black founding father.  Or one of the Fantastic Four.....) That's the moral thing to do.

*white people when city after city is exposed to have racist police* All these isolated people and isolated incidents. I'm going to shake my head and press my lips together like a politician in a sex scandal, but let's not say anything silly like that there's a systematic problem or that people of color have every reason not to trust the criminal justice system.

*white people when cops lie on their reports before they know they were being filmed* Well, I'm sure this is just a recent phenomenon and its correlation with everyone having movie cameras in their cell phone is just coincidental timing. Cops are the good guys. Well except for THAT one....not that he should be indicted because there were lots of mitigating circumstances and being a cop is hard.

*white people reacting to the extrajudicial murder of unarmed men and women* You know that guy once posed with a cigarette for a selfie. They were no angel. It’s tough to be a cop. They likely did something to deserve it. Wait for the trial. Everything is always settled by our criminal justice system which would never treat one group of people differently than another.

*white people when POC are literally explaining to them that something is hurting them* How is THAT racist? Well I don’t see how or why? I didn't mean it that way. That's ludicrous. Oh my god–everything is racist now. Are you looking for a problem?

*white people encountering the concept of white privilege* That's ridiculous. We should all be judged equally. I don't have privilege: I was poor. You're the real racist.

*white people when Black people object to being killed in a movement affirming that their lives matter* How could you say such a thing? ALL lives matter. BLUE lives matter. You're terrorists. You're as bad as the KKK. Stop saying that.

*white people when there's civic unrest over a lack of justice* Dr. King would have hugged this out. Dr. King never condoned riots. Dr. King never blocked traffic. And if I were there and it were MY windows being broken, I would be killing some of those thug animals.

*white people when people of color describe their lives and the systematic inequalities they face from their own lived experiences* Shhhhh. Shhhhhh. Shhhhhhhh. Quit playing the race card. Shhhhhhhhhh.