Poking At a Work In Progress (Mailbox) 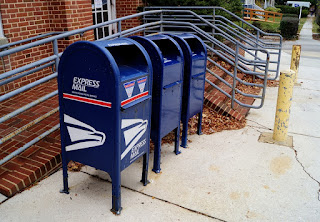 What do I mean by poking at my work in progress?

[Remember, keep sending in your questions to chris.brecheen@gmail.com with the subject line "W.A.W. Mailbox" and I will try to answer a couple each week (after this week). I will use your first name ONLY unless you tell me explicitly that you'd like me to use your full name or you would prefer to remain anonymous.  My comment policy also may mean one of your comments ends up in the mailbox. This backlog goes back months, so please be patient.]

In your post yesterday, you wrote about poking at your work in progress, and I notice you've used that expression a lot since you started writing your book. What exactly does that mean, and why just poke at it?

Almost exactly a year ago now I was hanging out with a friend lamenting all the games we weren't going to have the time to play now that we had adult responsibilities and couldn't lackadaisically fritter 40 hours a week to the Pixel gods in the manner of our misspent youth. We have different games we dig with some overlap, but I think I'm way more into real time strategy, and he likes those brutal twitch shooters that make me throw my controller.

We both agreed that we were going to have to make time for Fallout 4 though. Both of us were slavering weenies for Fallout 3, and I convinced him that New Vegas, while less open concept, was still worth the time for that ineffable I-just-punched-that-dude's-head-off fix.

"I don't want to get into it now though," he said. "It looks amazing, but I'm going to wait. Right now I'm so busy, I know I would only be playing a few minutes a week. I want to wait until I can sink into it for days at a time and immerse myself in that character. If you go too long without playing, it's like you lose all that momentum."

I understood instantly what he meant. Not just because in my quest to actually finish the Literary Review of Skyrim now stretches into its fifth year and I've restarted the game probably ten times. But mostly because he's describing a phenomenon that happens in writing as well. You can't leave those characters for too long.

When you get into their heads, it's this whole thing. You're living them. You're breathing them. You're thinking their thoughts. You're obsessed with them like you might be a video game or book. You find yourself wondering how they'd handle social encounters you just experienced if they were there instead. They sometimes even talk to you in their voices. And you're constantly tooling those parts of your story that aren't fully developed yet.

If you put your project to the side, even just for more than a few days, that intimacy congeals quickly. You come back to the page and find those characters stale. Trying to move them around feels like moving a stiff muscle. You're no longer in their head and it's a struggle against language to get them to do talk to you again. It can be done, but it usually takes a day or two. And if the breaks are more common than the writing, it really makes a long-term project difficult to finish.

Stories that have been abandoned and rekindled repeatedly (without sufficient revision) often feel like their characters go through "wooden" phases, where they are little more than cut outs for the plot. This is what I try to avoid when I "poke" at my work in progress. It usually involves some light writing or revision, but it's basically a way not to lose the characters and what's going on in their heads.

It's an invaluable trick for longer works of fiction since it is inevitable that in the course of writing that much you're going to get sick or have a pet die...or have your life kind of turn into a F-5 hurricane for a year. As I return to old productivity rates, it has been invaluable not to have to grit through every single paragraph at the beginning.

So that's what I mean, Adella. I try to do a little every day even when it's basically impossible to sit down and have one of those monster, six-hour sessions. Just so the day after that will not be quite so start-over-from-square-one-ish.
at March 26, 2017