Suit Up and Show Up (Mailbox) 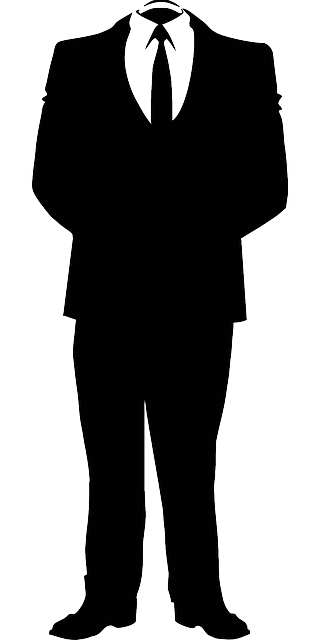 Do you have any really great words of encouragement? I'm having a real "What if I'm not good enough," moment.

I'm having one of those myself, so today is probably a good day to answer this. Last week I had a zillion writing ideas beating on the back of my eyeballs like the "Open open open" woman from the Mervin's commercial, but it turned out to be an unforgiving week on the househusband front, and I experienced one of the most frustrating and depressing experiences an artist can have: impotently watching a genuine burst of creative energy go sailing right by because life got in the way.


In case you weren't living in Southern California during the 90s.

First of all, the peaks and valleys of being an artist can sometimes suck, but the best thing you can remember is that it's normal. Every time you go into one of those crippling self-doubt spirals, remember that you are a writer, an artist, a creator of worlds. Soon you will emerge from the ashes of your own destruction blazing in glory, arms akimbo, and vaporize everyone who doubts you with your laser beam side eye of doom.

There is no middle of the road. You are either a shitty artist impostor with zero talent who may have tricked a few people somehow and is fooling themselves, or you are better than Betty White and Chuck Norris's love child.

When you're riding the highs, you know why people are artists. You know from the Sulawesi caves to the tortured garage band kid why people give their lives to art. You know why artists think the creative process is better than sex. You can lie in bed and stare at the ceiling, and even though you don't believe in omnipotent father figures who sent dogma to Earth thousands of years ago, you know why such a being would create.

But when you hit the lows, you have to just keep doing the work. If you're not there doing the work when the muse shows up, she'll just move right along.

That's where my Grandpa comes in.

My Grandpa was a lot of things (and like everyone who ever was, not all of those things were wonderful, but that's not why we're here today), but one of the things he was really really good at was teaching. He was a music teacher at Arkansas State University and, before that, high school. My mom still has a picture of him teaching Bill Clinton to play the saxophone. (This is my family's "We Knew Him When" story; we're very proud of it.) He understood, perhaps better than almost anyone in this world, the way that art required the sort of practice, drills, and dedication that no one could possibly feel excited about doing every day. But he also understood, also perhaps better than almost anyone in this world, that the end result was worth all that work and that no end result worth anything wouldn't be work.

Grandpa got a lot of shit for his pedagogy (people thought he was too easy on his students), but he led every band he directed to more trophies than they could fit in a case, so he must have figured out how to do something right. And here was the bulk of how to make a grade in his class:

Suit up, and show up.

Grandpa knew that this was how it was done in art. You didn't cast a life raft out onto the mercurial waves of your inspiration and hang on, and you didn't judge an artist based on any one day of their effort. You treated it like a job and you knew that at the end, it was going to be worth it. He gave his students points just for being there and being in the right mindset. If they did that, day after day, the rest would attend to itself.

When I went to Arkansas to visit him in the last summer before he died, I experienced this philosophy first hand. I was a carefree early-teen on a lazy summer vacation to be filled with water slides and arcades. My school year of trumpet practice and scales was behind me.

Or so I thought.

When I arrived, a rental trumpet was sitting in his office. The first full day I was there, he looked at me and said, "We can go out for our afternoon activity as soon as you practice for an hour."

My most intense practice sessions before that had been perhaps fifteen minutes. I don't even think we practiced a full hour in class once you accounted for taking out and putting away instruments. I stammered, I protested, I dragged my feet. I assured him this wasn't necessary.

"One hour, boy," he said. "The longer you dawdle, the longer it'll take to be over."

The first day was a special kind of torture. I didn't even know what to do for an hour. I fiddled with my spit valve and played through some exercises. He came in midway through and put something skill-level-appropriate in front of me, turned a metronome on and left. My embouchure hurt by the end.

Day two he hit me up while I was still in pajamas: "One hour."

"But I just practiced yesterday," I complained.

"Do you want to get better?" he asked.

I nodded. Probably not as much as I didn't want to practice right then, but I sort of did.

"One hour," he said. "Just go in there and do it. You know I'm not going to listen whether or not you make mistakes. I'm only coming in if you're wasting time. An hour will go really fast."

I started to leave.

"Oh and change into your clothes."

"Get out of your pajamas. You're in your pajama brain. You shouldn't be relaxed to practice. Put on your clothes."

By the end of that trip, I nailed that song. And by about day five, Grandpa didn't have to remind me to go practice. I just did it like I brushed my teeth at night. I got into the Advanced Band when I got to Sierra Vista chiefly because I practiced that summer. I never forgot that mindset. Not just the get-down-to-it-stop-whining-and-just-fucking-DO it mindset, but also the put-yourself-in-the-right-frame-of-mind, suit-up mindset.

When the blood is upon me, I can dive for my laptop and fire out 2500 words without ever leaving my bed or my boxers, but when I'm struggling against myself, I always remember grandpa. I get out of bed, shower, brush my teeth, shave, put on pants and shoes and sometimes even a nice button-up shirt like I'm going to work, even though I only have to stroll across the hallway to get to my writing space. And I'll be damned if every button I button and every tooth I brush and every shoelace I tie doesn't help me conquer that inevitable sense that this is just work I have to do, I'm going to do it, there's no getting around it (so I might as well enjoy it), and it'll be over when it's over.

Because here's the money shot, Luna. I don't know if this will work for you, but a zillion band kids can't be all wrong. Once you get over the idea that you can talk yourself out of something, you start to talk yourself into it. As you're suiting up, it just becomes a given, and then you start to make the best of it. Sure you maybe still have those days where you're just fighting yourself the whole way. But more often than not, that is when you come bursting out of the ashes with your arms akimbo. Because if you're going to do this, you might as well be fucking awesome.

And just between you and me (shhhhh), it's not bad advice for life either.

Email ThisBlogThis!Share to TwitterShare to FacebookShare to Pinterest
Labels: The Mailbox, You Can DOOO EEET