You Forgot About Pain 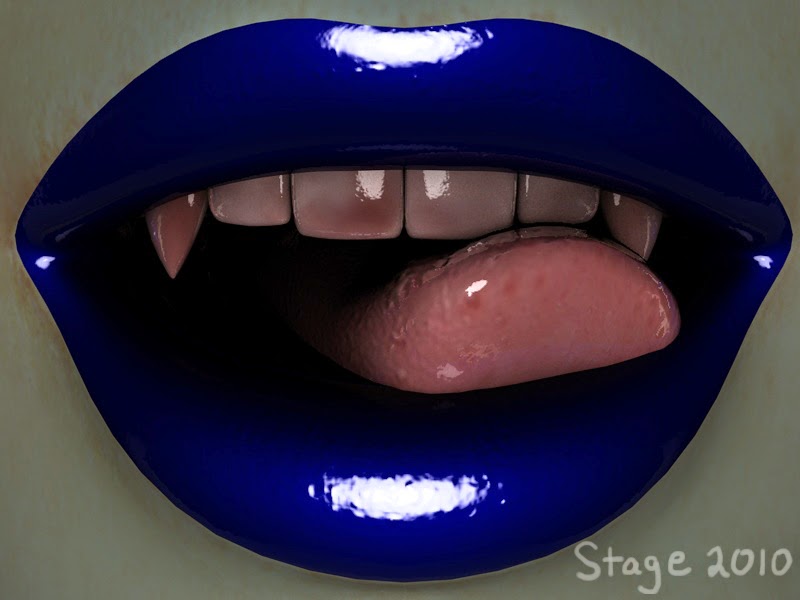 Last night the gathered vampires participated in a chess game where each of the pieces was a vampire. Two chess masters had to play the board, but there were a couple of catches. Each piece had a "power" that the chess masters could not control (like switching with another piece or ordering the chess master to do something different than they wanted to for their next move). Also capturing involved WINNING, so it was entirely possible for a bad-ass pawn to NOT get captured by the queen simply by using some kind of vampric power or just throwing a punch.

Since this isn't True Blood, there was a deplorable lack of fucking.

It meant the chess masters had a more complicated game to play than just how to move pieces, but also to consider what each piece was good at. I was playing a pawn, but my chess master moved me into a position where a Brujah (fighter character) could take me, so I didn't even put up a fight when he came to capture. I just walked away with an, "Oh HELL no!"

My in-character impetus for this was that I didn't particularly want anyone knowing what I could do or how well I could do it unless I was in an actual situation of dire straights. I would much rather people sit around and think "Shit I'm not sure WHAT would happen if I attacked Max! (That's my character: Max Winters.) Would he disappear from plain sight and use his mortal contacts to burn down my haven the next day, unload level five Dementation into my brain to make me crazy, or just posses my body and walk into a sunrise?" After I left the board, there were fist fights, near death combats, flame throwers, and more, not to even mention uses of social and mental powers.

I spent some time thinking about how cavalier characters are (and writers are with THEIR characters) about pain.

Pain is a big, big deal to humans, and from what I understand it's not particularly enjoyable to vampires either. Half the fucking reason we have nerves instead of thick, leathery skin, is because sensing and avoiding pain turns out to be better for our survival than just shrugging it off. Most of us go out of our way to avoid pain, especially the levels where we start to become injured. And even though some have a slightly different relationship to pain (or risk), it is almost always careful and controlled. And if someone threatens to hurt us (especially if we know they have the capacity to follow through on their threat) it is generally terrifying--even if we somehow don't run away yiping like a dog.

Our ability to heal injury is not an intellectual factor that we weigh passionlessly in an equation.

It's important to remember this. We can only actually conceptualize pain in the abstract unless we're actually IN pain at the moment. We lack the ability of remembering pain. We can remember having had pain, but we cannot re-experience the pain itself. This becomes important for writers if they want to make realistic characters, and it's one of the reasons that writing about pain can be so hard. When we assess risk, take chances, or consider our approaches to problem solving, most of us consider pain heavily in our calculus.

It's not that I think every character last night should have fallen down in a Lawrence Olivier caliber scene of agony or no one should play a character who dives into a fight with a masochistic grin or shrugs off injury until/unless its life threatening. There's a huge element of wish fulfillment in LARPing. However, characters who were more social or mental probably wouldn't have thought, "What the hell; maybe I'll get lucky." The fact that we probably won't die or will be able to heal wouldn't erase the fact that it's going to hurt and we're hard wired to avoid hurt.

Think about how careful people are in kitchens to avoid burns. Small, first degree burns will heal without any scarring in only a week or two, but we go to GREAT LENGTHS to avoid them. Why? Because they FUCKING HURT! It's not that we're paralyzed with fear or would fall over screaming if our wrist bumped the oven's heating element. It's just that we put on mitts and don't fry bacon in the nude.

I remember looking over a dirt hill for hours on my bike, afraid to go off the edge. The incline was very steep, and I knew that it was very likely that I would lose control of my bike. But it never even crossed my mind that I could DIE or end up with brain damage or anything like that. What I was worried about was getting hurt.

Where's the writer's lesson in all of this? Well, it's important to remember that pain can only be abstract to the writer, and a writer who isn't being careful can quickly have their characters coming off like suicidal swashbucklers. However, avoiding pain will be a very real concern to all but the most self-destructive, overconfident, or possibly well-trained characters. Writers sometimes tend to crutch on physical altercations to portray the emotional stakes of a situation. If there isn't a fight, maybe it wasn't a big enough deal. It's fine to have a character make a decision that risk is worth it, or to have one or two who don't seem to regard a very real possibility of injury as a good reason to exercise caution, come up with a careful plan, or just solve their problems without violence. Yes, of course some people have trained themselves to ignore pain. However, having many or most characters simply disregard the chance they could get hurt just so that a writer can cram in more "cool" fight scenes tends to actually lower the emotional stakes because the reader can't really relate to that sort of personal disregard. Normal people just don't toss each other into walls as part of conflict resolution.