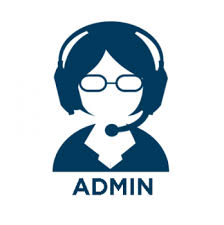 Once a month I get so backlogged on all those things I do "behind the scenes" that I need to cannibalize a day from blogging to try to catch up. Well, actually that happens a lot more than once a month, but I don't want to sacrifice any more posts than that.

This week my Patreons need a newsletter––the closest thing I have to exclusive content (and it only costs $3 a month!)––and I am long overdue to get the $10 tier some early access articles. Plus this week is just heavily front loaded with my side gig jobs, and getting the baby down enough to sneak off to do some writing is a very hit or miss prospect. (Today was miss.)

Anyway, SO much of last week was preparing for a guest speaking engagement for an MFA cohort that I got a little behind on everything else. Tuesday is my regular day off. I'll catch up with you on Wednesday.

Also, here are some reminders that I'm going to start tacking on to my "Admin Day" posts.


Did you know that my public Facebook page is welcome to all? Well, mostly. It's a place I talk about some of the mundane aspects of being a writer, share things I just can't on my page, discuss social issues and politics a little more directly, and even do proto versions of some things that later become posts. Plus general nerdery and me being human. Fair warning: I can be a lot, and you might want to follow me for a while first to see if I'm your cup of tea. (99.9% of posts are public so the only thing you get from "friending" that you wouldn't from "following" is the ability to comment.) You should also read the commenting note so you know what to expect. And always send along a PM with a friend request.

Did you know I have another blog called NOT Writing About Writing? It's where I write about social issues, personal thoughts, and review media in a way that I can't gracefully shoehorn into being about writing.

Did you know that this blog has a Facebook page (where I post all kinds of hilarious memes, puns, quotes about writing, and "you should be writing" macros)?

Did you know that this blog ALSO has a Facebook GROUP (where I post just the blog links and whatever meme, macro, quote, or share did the best from the previous day on the page)? Be sure and answer the "security" question. It's really just there so you don't end up subscribed to something you don't want. A simple "yes" will suffice.

Did you know we also have a limited presence on Twitter, Tumblr, and other social media?

Did you know that most of our bigger articles are categorized by topic in The Reliquary? And the best articles of each month and year are listed in The Best of W.A.W.

Did you know that except for a couple of newsletters with some behind-the-scenes info and personal updates, everything I write will always be free? You might pay a dollar or two to get it all in one place in an e-book [stay tuned], but you never have to. However, I have rent to pay and groceries to buy like anyone else, so if you want to support my creative efforts, you can stuff a few bucks in my "tip jar." (I also have Venmo at chris.brecheen@gmail.com) Or better yet, if you want be an ongoing supporter, help my monthly budget, and gain access to some small-but-nifty rewards, consider becoming a monthly Patreon. As little as a single dollar gets you into the VIP room.

Did you know I'm always looking for guest bloggers and will guest blog for you as well? This isn't just "exposure" stuff either. I can and will pay.

Did you know you can send me questions, and I'll probably answer them in a post if I haven't already?

Did you know that MOST questions I get not specifically intended for a Mailbox post have already been answered? You should check the F.A.Q.

Did you know that if you don't know who I'm talking about when I introduce a character in this blog, they are probably listed here?

Did you know I have an official Update Schedule and a pretty well defined Mission Statement?

Did you know that I moderate comments in every space I run? You might want to check them out if you don't want to get banned or have your input erased.

Did you know that Facebook started throttling page creators' content about six months ago in an effort to squeeze more ad revenue from people desperate to get their numbers back. So if you like a page (say, for example, MY page); a great way to show it support, especially if you want to, but can't afford to donate, is to comment and react to those links you know the page is trying to share.