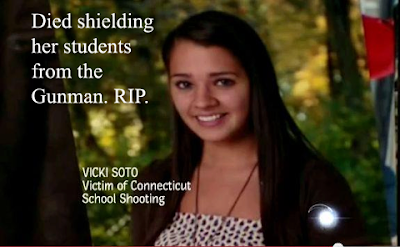 "When I was a boy and I would see scary things in the news, my mother would say to me, 'Look for the helpers. You will always find people who are helping.'" -- Fred (Mister) Rogers﻿
at December 15, 2012