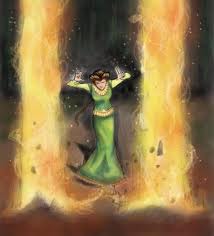 [ETA: I've got enough nominations to run the poll, so if you want to second stuff to ensure it makes the cut, that's fine, but there's no room for new books this time.]

I almost have enough nominations to run a BEST Fantasy Novel Poll.  Current titles that have been
nominated are:


If I don't get more nominations, I'll put these next two on this poll.  Otherwise I may do a separate Y.A. poll.

The Phantom Tollbooth by Norton Juster
Into the Dream by William Sleator
Harry Potter and the Sorcerer's Stone (Philosopher's Stone) by J.K. Rowling
The Lion the Witch and the Wardrobe by C.S. Lewis

If I get LOTS more nominations some of these titles may get edged out (especially if titles get multiple nominations), so be sure and give some "Second"ing love to the ones you want to see on the poll even if you've already voted.

1- I will favor nominations made in the comments here at the Writing About Writing site.  If thirty people write in on W.A.W.'s Facebook Page, I won't ignore it, but if there's a tie (and I often have to settle ties since the poll gets unwieldy at any more than 10 choices), I will settle it by first taking the nominations here.  So if you really want your book to get on our poll, please write it in the comments and don't put it on the G+ or FB feed as a reply to the crosspost.

2- Stand alone means "CAN stand alone"--not necessarily that there were never sequels (especially sequels that came after a first book's success).  As long as a book is contained, I will accept the nomination.  If reading a previous book is more than a incidentally helpful to knowing what's going on, or there is obviously more to come, it is not stand alone.  Harry Potter and the Philosopher's Stone (Sorcerer's Stone in America) is actually a stand alone work.  There is room for the story to go on (as it does) but it doesn't end on cliffhanger, and there's no sense that it needs to go on, and there's no book before it that sets up what's happening.  Harry Potter and the Chamber of Secrets is NOT a stand alone work.  It very much helps to have read the first book, and the end is very clearly setting up more to come.  Generally, I will accept your judgement as to what is stand alone and what isn't unless you are really stretching it.

This rule may be particularly important as it is very unusual to find fantasy books that don't form sagas. But a stand alone novel in a world an author comes back to often is okay while the third book in a quadrilogy is not.

For the purposes of having an "interesting" poll, I'm not going to take Lord of the Rings as a single work even though I know it was the publishers who broke it up not Tolkien.

3- "Fantasy" has a very broad definition, so I'll take most nominations that aren't WAY outside the bounds of fantasy's umbrella.  It could also mean anything from modern day urban fantasy to medieval high fantasy.

4- You may use whatever criteria you desire to determine what is the "best."  From most foundational to most important to most literary to most enjoyable to read....even funniest.  It's totally up to you.  Best means whatever you want it to mean.

5- ONE NOMINATION!! (But you can "second" as many nominations as you want.)  This is for the "best" so nominating fifteen books is kind of antithetical to the point.  If you absolutely, positively can't decide between two books, give me two nominations, but know that if it comes down to breaking ties I will take you FIRST suggestion first.
at July 13, 2013