Memo to the Staff of Writing About Writing 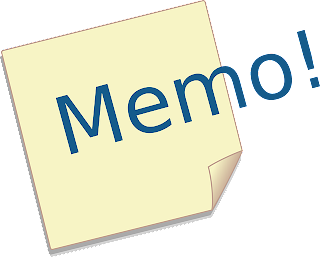 To the Staff and Guest Bloggers of Writing About Writing (including the weird cheese guy on the third floor):

It has come to my attention that we've had over 200,000 visitors in the last week.  I know I told you that it would be months before we had a total of 200,000 visitors, but apparently Grendel's most recent batch of milkshakes did, in point of fact, bring, if not all the boys, at least a very significant number of them, to the yard.

Which brings me to the issue of your bios....

I would like to remind you that these bios were due ON MY DESK last December, and as of this moment, I currently only have a PostIt Note from Guy Goodman St.White stating that we are out of Whisky in the commissary.  I am a goddamned fucking writer (as the entire blogosphere has recently pointed out that I point out too much), but even so, I actually literally lack the linguistic aptitude to express just how completely fucking unacceptable this situation is.

I have been more than lenient in granting extensions.  I even granted the SciGuy an extension on getting an extension because he didn't think he was going to be able to put in for the original extension in time.  Leela Bruce has had more extensions than Paris Hilton.

But my clemency has come to a end.

Bios are due on my desk by the end of this week or I'm switching every vending machine in the compound to nothing but low fat, sugar free, chocolate skim milk for the rest of Season Two.  Are we clear?

If you have any concerns or criticisms about this deadline, or any new policy, you may direct them to the commenters on Metafilter.