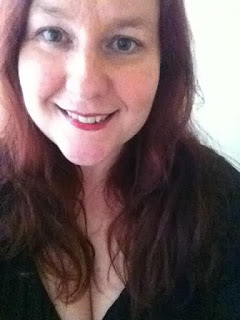 Marla had used blue ink. For some reason, that made things more clear than if she'd used red. This wasn't like when I was a junior at Eisenhower High School and Mrs. Scambray shrugged a bunch of arbitrary-sounding, angry red comments on me. I'd worked very hard on that English lit paper and none of those red marks made any sense to me. Especially not the C at the bottom. But this book that Marla had returned to me by FedEx wasn't that crushing 10-paged essay on the ridiculous thesis foisted upon on me in 1985 -- the equilibrium between heart and mind in _The Scarlet Letter_? WTactualH?

What Marla had done was review every one of those 300+ pages in my manuscript and marked up the hardcopy (it was 1999 and paper was all the fashion back then) to note examples of problems in the book. Examples of problems. Hunh. Think on that.

Imagine that you write an essay and send it to me for comments. I return to you your 750 words with slashes and circles and maybe some of those fancy insert paragraphs marks. At the bottom of your essay, I write the commentary equivalent of the C: "This looks like a start, but you're not supporting your thesis with evidence, and I want to charge you rent for all those commas."

Sheesh. What a trainwreck. I'm talking about the imaginary edit and comments I sent to you, by the way. Not your essay.

In 1999, Marla sent me a present of the sort that I'm supposed to say I didn't understand at the time. But keep in mind where'd I'd come from. In Mrs. Scambray's class, it was all about feedback phrased with a passive-aggressive "you should know this already." Who cares that according to Mrs. Scambray's evaluation I should already know this stuff that she was marking up? Clearly, I didn't, and so maybe it should have occurred to my English teacher that she should, um, TEACH.

So I knew right away the value of that smurfed-up manuscript that Marla had returned to me. I set that manuscript on my desk, opened its files on my computer, and I began taking notes on her notes.

She'd written me a note at the start of the book encapsulating the point of all those little blue ticks and marks and total teardown recommendations. It went to the effect of, "This looks like a start. Let's work on strengthening it, adding loads of examples to demonstrate your points, and afterwards, we'll work on some micro stuff like word choices and mistakes."

Let's do the text equivalent of a conversational pause to soak that in.

I think we do that with a set of ellipses. Damn. Marla would know.

I photocopied that note (that was a process in which we'd use a huge machine that was usually broken to take a black-and-white image like a picture of something such as a piece of paper or at office holiday parties, someone's bottom) and taped it to the surface of my desk. I glanced at that note periodically as I went through her changes, always reminding myself of the point of all of these edits. I didn't feel anxious. We were working together on this start to strengthen it, adding loads of examples, etc.

I could "feel" my writing skill take a leap over the weeks that I delved into that manuscript. The only other time I'd had such a feeling was when math suddenly clicked for me. Not only did the world of mathematics become a place where I could visit, but the new ways of thinking that math gave me caused my work in every subject to jump forward. I understood why that had happened -- math requires logic and that infant skill was pouring into everything I did.

This time, my writing skill was jumping ahead because Marla was a brilliant editor. She didn't just edit my manuscript by indicating things to change. She didn't even bother with fixing mistakes in grammar or typos. She wrote me notes that explained what she thought I was trying to communicate (based on our conversations, emails, and to a lesser extent, the manuscript itself), told me what I was actually communicating, and then suggested specific changes to align the text with what she knew I was trying to say.

She advocated total teardowns of some sections, but didn't stop there. She added outlines to suggest specific ways to revise the material so that it was communicating what I wanted it to communicate.

The book that we eventually published didn't look at all like the manuscript I'd first sent to her to edit. But it sure did look like the book I'd wanted to create.

I think that school sometimes prepares us to think of editors as adversaries, people we have to sate in some ritualistic way in order to get our stories, essays, and books into the world. And that's a shame because holy hell, editors are resources. They're on our side! They want our books to be as good as we want them to be. They have no interest in feeling superior to us because they can spot a comma splice at 20 meters. Honestly, if your editor returns a first editing pass that's just a collection of wordsmithing and text corrections, then you're either the best writer ever or you've got an editor who didn't look at the big picture.

Writers and editors know the market. I imagine that both groups think they know the market better than the other. It's probably one of those things in which each group has a puzzle piece and when they fit their pieces together, they get a great whole blah-di-blah-blah-blah-whatever. It doesn't matter. Respect matters. In general, both writers and editors share the goal of publishing a piece of work that speaks to readers and garners additional readers.

I thanked Marla for that gift. She seemed puzzled. She'd done her job. What's this gift business?
at August 27, 2015