What is the Best World Building (Poll Results) 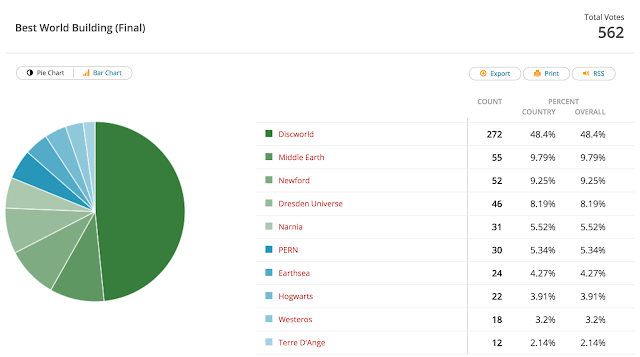 Discworld trailed behind Middle Earth for most of this two week poll. Then our resident Pratchett fan worked his mojo, and Discworld took an astounding leap ahead...by hundreds of votes. You can still see that some of the other races were a bit close and Newford's well-won third place spot actually surprised several friends. 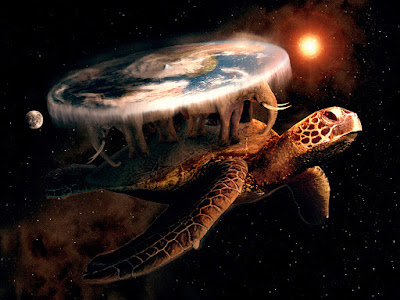 Alright then Pratchett fans. I throw the gauntlet. You love him. I get it. But I'm still trying to appreciate him. I have tried Color of Magic to no avail and folks on both sides of the Good Omens aisle say that title can't count because of Gaiman's contribution.

So gear your brains up for August's early poll, which will be up tomorrow. I VOW to read (and completely finish) one Pratchett book--Discworld or otherwise. I'll even do a little write up of what I liked and didn't. You have to decide what is the best intro book to Pratchett (sans Color of Magic or Good Omens). The nominations start tomorrow.
at August 01, 2015