The Greatest Gift by Claire Youmans 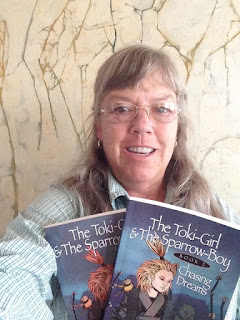 Recently, I loaded up on books from various free or discounted sites, because I am writing Book 5, and need something light to read.

This was a mistake.  These books aren't very good.  I am not finishing them. I'd rather shop for clothes than read them, and I hate shopping for clothes.  I am also trying mightily to refrain from posting truly honest reviews, as I do not suffer fools gladly and have a very sharp tongue.

I am on various lists for writers, all of which seem to be marketing oriented, which means Building Your List (so you can spam them).  People seem determined to get as much content out in the e-verse as possible, regardless of quality, though they are always asking about copy and line editors.

This is also a mistake.

They're missing a crucial step.  This is the developmental editor.
Without a real developmental editor, the writer misses the fact that all the characters sound alike when they speak, that the same verbs are used over and over and over, and other errors that distract from the story.  Truly, nobody "pads" in steel-toed work boots; a better word would be "clomps."  Not everybody "smirks" all the time, and especially not every single character.

The writer misses that all women are called by their first names and all the men by their last names, and women, even if nominally in charge, aren't allowed to make decisions without the approval of the supposedly subordinate males, pissing off half the potential audience.  They miss that a character says "sorry" all the time, and it's not a joke.  The writer misses that there is too darned much exposition, that things are told, not shown, that few care about the designer (Prada?) of the holster for the far too lovingly and lengthily described weapons of choice, that talking on phones from cover is probably bad tradecraft, that every single thought of every single character doesn't have to be written down, that the plot "twist" is predictable from page 3, who did it is obvious from the second the body is found, and all the other things a developmental editor will pick up as a matter of course.

You as a writer will not catch these things yourself, not even if you let the manuscript sit for a month before you read it again.  You're too invested in the story.  Your beta readers, if you have any, know there is something wrong, but don't know how to tell you what it is.

You need a real editor.  Yes, it's going to cost you.  You ALSO need the line-editor and the copy-editor and they, too, are going to cost you.  But if you want to get readers, as opposed to List-Fodder who will opt-out with your third spam-mail, you have to give people something they want to read, and a content style and universe they want to come back to, especially in a series.

As a reader, I resent paying even 99 cents for proofread drafts when I just end up making lists of What's Wrong With This Picture.  As I writer, I'd rather pay more for serious developmental editing and put out really well-crafted books than add to the Everest-sized pile of "I'm not going to finish this" material that's out there, and using my budget for ads where there is no curation, just pay-to-play.

I don't want to go back to the Bad Old Days of traditional publishing, and I don't think we even can.  But don't we as writers have a responsibility to produce quality books?

It can be hard to find a real editor, I know, and I am fortunate in mine. Do yourself a favor and your homework, do some research and find yours, please.  Many writers edit.  Pick someone you like in your genre and ask them if they do or for a referral.  This is the gift that will keep on giving, the step that will make your work shine, and ultimately will make your audience bigger than all the advertising in the world.

Besides writing 6 published books, poetry and an anthologized short story, Claire Youmans has sailed oceans, owned horses and taught skiing.  She recently moved to Japan in furtherance of writing more in the well-reviewed Toki-Girl and Sparrow-Boy series of historical fantasy and adventure books set in Meiji-era Japan.  She’s currently working on Book 5.  These charming books have a following among college students and adults because of the exciting mix of history and folklore, leading to sometimes fantastic adventures, but are also loved by children, fourth grade and up.  Writing The Toki-Girl and the Sparrow-Boy series is a passion she fully enjoys.  She’ll stay in Japan as long as they’ll keep her, writing more books about this fascinating culture and its incredible history in this very readable series.  Of course, there are dragons.

Box Set:  First 3 books in one discounted package. Kindle only.

Retailers and readers may order through Ingram, for worldwide distribution, in hard copies and all E-formats.