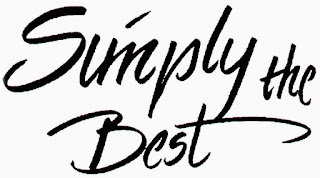 Twenty seventeen was a tough, tough year. You can tell some of the toughness just based on a handful of my top ten articles. Not only was there the death of a beloved pet and the lingering difficulty from losing my family, but on top of that there were nuclear war tweets, literal nazis, and some unprecedented national atrocities.

This part is the easy part. I'll just add these articles to The Best of WAW. The hard part is yet to come. In a couple of days I'll go through the "best of 2017" by month and replace these ten titles as they appear in the monthly view by the fourth (and maybe fifth) best ranked for the month to get the final 2017 rundown.

Honorable Mention- I wrote several posts this year which definitely have the numbers to place in the top ten (including at #1), but they are sort of more business/admin posts and have done so well, in part, because I repost them so frequently on W.A.W.'s Facebook page.
Facebook Commenting Policy
W.A.W.'s Facebook Page FAQ
Beta Reader Introductions Guidelines Post
Facebook Page Work Sharing Guidelines
at January 08, 2018