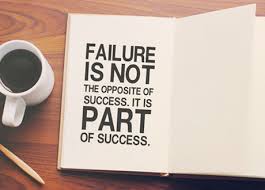 It's a really good idea for writers to inventory their goals and periodically check in on how they're going. A dream without a deadline is just a fantasy (and even though many writers would rather enjoy chimerical daydreams of fans, fame, and fortune, a fair number are frustrated at why their big dreams stay so far away year after year.) Breaking big long-range pipe dreams into bite sized chunks (say, six months or a year) can really help a writer make the incremental progress that is much more a part of a realistic career arc than waiting for one's "Stephen King Call."

We can't control everything, of course, (like how many venues choose to publish us) but there are levers we can push that can influence our overall progress and set goals accordingly (like a minimum amount of submissions).

Writers who just sort of like the idea of BEING writers can dream all they want. (It's not like they're hurting anyone...except maybe their loved ones who have to listen to them talk in florid purples about how much they love writing or significant others who weather angsty grousing about how they haven't "made it.") In their minds they are a draft away from greatness, and that's fine. But for writers who really have ambition and are spinning their wheels, I can't recommend enough setting goals and checking back in.

Here's the secret sauce with goal setting though: If you're not failing in those goals, at least some of the time, you're making them way too easy. So failure is not only an option--it's just absolutely part of the cost of doing business.

For me, 2017 was the year of Failing Better in the fullest Samuel Beckett sense of the phrase. I blew off deadlines, fucking fell on my face, ate crow (and will eat more) about my kickstarter, overdid my side job committment, and failed almost every single goal I set up for myself at the beginning of the year. I fell into political ennui, lost productivity to my social issues anxieties, fell into bed or some form of escapism whenever I had a moment, and struggled to get the most basic writing goals accomplished. My furry companion of 17 years died, a naked bigot who tweets nuclear threats was elected, actual, literal Nazis marched through my neighborhoods, and I'd be lying if I said that six months at the end of 2016 was enough to get over losing my family. The whole year was this long, hard climb out of a hole just to get back to "sea level."

And yet, in this year, 2017, I became a working writer. (As in: my hobby that made me a bit of dosh started paying the bills. I need a couple of side gigs for cell phones, car insurance, and fresh produce, but I'm basically doing it.) 2017 was the year I quit my day job to write. 2017 was the year I broke every record (including the month that could not be beat). 2017 was the year it became plausible for me to set fledgling financial goals.

And yet...YET (that's a yet TO the yet)....my successes all happened while I was failing just about as hard as I could.