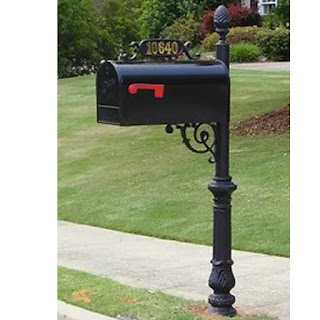 Should I send my manuscript to agents or small presses first?

[Remember, keep sending in your questions to chris.brecheen@gmail.com with the subject line "W.A.W. Mailbox" and I will answer one question about once a week.  I will use your first name ONLY, unless you tell me explicitly that you'd like me to use your full name or you would prefer to remain anonymous.  My comment policy also may mean one of your comments ends up in the mailbox. Props (and jumping the question queue) if you can come up with interesting questions about the industry.]

Thank you so much for your blog and fb site!

My question is about where to start sending out queries. I plan to pitch it as Historical Women's Fiction, but it would also work as a regional novel, as it has a strong sense of place. Should I query both literary agents and small regional presses (ones I can query directly), or focus on one or the other at first? I've done my homework and have a list for each, just not sure where to begin. I would appreciate any thoughts you have about this aspect of querying.

Though I spend most of my time in craft and process questions and less of it over in the "How do I get an agent*," type stuff (even though the composition of the questions I get is generally about the opposite in emphasis), every once in a while there is a really good question that gets at the heart of writing as a business and industry and isn't sort of analogous to a kid on the junior high basketball team or someone who plays a pick up game a couple of times a week at the local park also trying to figure out how to sign with a professional agent.

*Finding an agent is one of those questions that people ask writers a lot but that is a lot easier than one imagines once a writer is at the right part in the process and ready to spend a day doing research. It only seems like an insurmountable hurdle when the book is only on its first draft or hasn't been finished yet.

To really answer this question, I have to unpack one of the false dichotomies of the writing world. The publishing industry tends to break the universe up into "The Big Five" and "small presses." And this is a very useful distinction for a lot of purposes (from the profit motivation to the size of the legal department and definitely the placement of popular fiction). However it does ignore a spectrum of press sizes that exist. Once upon a time, you could not make a print run profitable for fewer than about 7500 units, and so you had a big gap between those little tiny small presses that would do modest runs and sell books (usually soft covers) for a lot more than a regular book to make even the tiniest of profits and the those presses that put out paperbacks and hardcovers.

This split got baked into publishing culture even though it has a lot to do with printing technology that is, for the most part, about as old as me.

These days, though, there is a much wider range of print runs and monetization approaches, even in the traditional publishing world. You can make money on MUCH smaller runs because you don't actually have a printing press anymore. Some of the "small presses" are capable of runs that, while they would be modest by big five standards, are more the purview of a major house. That gap is mostly filled in, and now there is even some dovetail between biggish "small presses" and the smaller projects a big five house will take on.

So the important question to ask is just how niche you think your historical women's fiction/regional novel is. If you think it's super duper niche with niche sauce, then you might, might, MIGHT want to go with the publishers first.

However, in general, when it comes to traditional publishing, I will ALWAYS, ALWAYS, ALWAYS recommend querying agents. They are worth their weight––perhaps not in gold (because that would be millions), but definitely ruthenium. Even if you think your work is probably going to go to a small press and make no money, they may know things you don't about markets you haven't researched yet, or be able to suggest marketability changes. Or they may know a guy over at Simon and Schuster who heads up the Historical Women's Fiction department and can definitely help you jump the queue. Typically an agent will be able to negotiate you a better deal than you would have gotten without them, EVEN INCLUDING WHAT YOU WILL END UP PAYING THEM. This is true even with a smaller press.

Oh and here's something that may help you feel better about hitting up agents first. You don't have to painstakingly work your way through the agent list, securing a rejection from each before you can move on. I get asked a lot about querying multiple agents simultaneously. This is okay. Generally, it is even encouraged since some agents take months to get back to a prospective client. And while I wouldn't spam out your work to dozens of agents haphazardly (THAT is frowned upon), if you've done your homework (as it sounds like you have, Anon), and have yourself narrowed down to six or eight, you can do them all at once––which sounds more fun than it is.

Basically consider this. If you think your book's publication would be SO niche that it is really more like getting published in a magazine, periodical, or anthology, even though it's a whole book, then maybe, MAYBE consider going straight to the publisher. However, my first and foremost question to you as a fellow writer––seeing you consider that as a first step, rather than a plan B––would be to ask you  what you have to lose? I would wonder if you're hedging your bets on the safe side to avoid rejection. The worst thing that could happen is you work through your agents, get a bunch of nos and THEN go to the publishers. The best thing that could happen might be really, really awesome.

So unless you really really are just absolutely certain that your book is destined only for the TINIEST of presses (the runs of maybe a FEW HUNDRED), you will still want an agent representing your work and arranging for it it the best possible reception.
at September 12, 2019