This Blog Needs Your Help 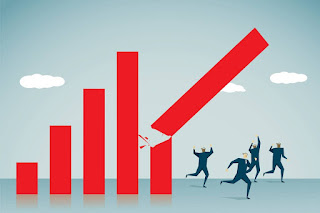 As we head into a recession that even the most optimistic financial news sources are saying is a matter of when rather than if, I feel the first perturbations along my crowdfunded income. People who are starting to look for ways to save a few dollars are reducing their contributions. Which makes the role of $1, $3, and $5 patrons more important than ever.

It's going to be a tough couple of years as a working writer making JUUUUUUUUUUST enough to pay the bills. The Stephen Kings and Jim Butchers of the world might notice a dip in their royalties during a recession, but they probably don't have to think about putting away their pens and going to get a day job until the economy clears up. I on the other hand, am at that point where writing pays just enough bills that I could (very technically) SURVIVE on it. However, if I want a cell phone or car insurance, I have to get a side gig. I've been trying for 18 months to reach a goal of covering increased tax burden and medical costs, but my income keeps going up and down like a cork in water. So what will a recession look like for someone THAT on the edge? Will writing become inexorably more untenable? Will an income based literally on people's generosity blow to flinders?

I'll write my way through it––as I have through other trials and tribulations––and try to share everything I learn with you. Perhaps it won't be as bad as I think. Maybe it will be worse. And maybe it will weirdly follow some bellwether in the economy like consumer confidence or something. Stay tuned!

I am currently in the initial processes of polishing some of my best articles for a compilation ebook that I hope will add a revenue stream, and there may even be some keychains and mugs and stuff before we're all through. I'm still hoping beyond hope not to have to turn ads back on. They would change the kinds of images I would be able to use and cause me to have to go back and edit thousands of old articles. But more than that, they would just be ads. I am unimpressed enough with capitalism that I will sort of consider every other possible option of surviving it before that one. I'll let you know how those go too.

I'm also saving in anticipation. I know that's part of the thing that causes recessions––people who start saving when they see the signs––but I don't care. Right now, I am working a little TOO much, and every week I can sock away money will buy me a MONTH of writing time with my current Patreon levels come 2020.

My side gig isn't going away either. It's just getting a dramatic reduction in hours next year as the little one heads off to preschool. I don't know exactly what my new schedule will be, but it's possible that if I don't lose too much writing income, I will be able to kind of "tread water" until the recession ends.

Fortunately, your current levels of support mean that I'm not here telling you that Writing About Writing may have to go down to one post a week while I get a day job. So if you've always wanted to support what I'm doing here (even just a little), there would never be a better time.

COME BE A PATRON THROUGH PATREON.

I love my big donors, of course, and if you really believe in what I'm doing here and want to sign on at higher amount, that would be awesome, but I can't stress enough that it is a thriving population of $3 and $5 donors that create an ecosystem that lets me budget for the future, weather an ebb and flow of donors, and even survive the occasional loss of one of my big donors. One of the reasons I have a pretty decent reward (my monthly newsletter) for the $3 tier is because they are so important to me. I have SOME idea what to expect from month to month because of the low donor amounts that people are less likely to change if their budget hiccups a little. Even a single dollar gets you in on the patron-only announcements (like what's going on that might affect the blog) and the back channel communications.

Of course if an ongoing donation is not your style, you can always give a one-time donation through Paypal.

So if you like the writing I do here, or on my other blog, or on my public Facebook wall, or you even just want to support the kind of content I can go find for Writing About Writing's Facebook page when I'm not working a full time job away from my computer, and if you want to support its continued existence and even see more, we could really use your help. And as always with these kinds of posts, the real trick is being seen by more than a handful of people, so if you're penniless and still want to help (or just want to help twice) please consider contributing your favorite gif to the comment section.