No Apologies! A Defense of Why Speculative Fiction Needs No Defense (Part 3) 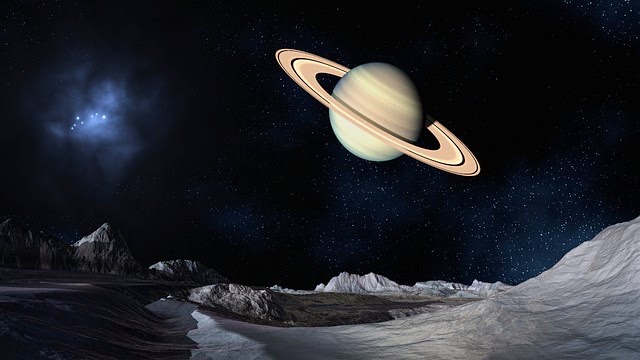 It is actually very hard to get a reader to keep reading some avant-garde, experimental work long enough to appreciate what an author is trying to do with language when the reader couldn’t give a crap about the characters or the plot. This isn't about "good literature" vs. "genre." It's about "a good story" vs. "a boring story."

And "literary fiction" is guilty of an awful lot of boring stories.

That's why so many people like certain canonical authors beyond just what they are forced to read of them in high school or college. Austen, Dickens, Woolf, and Shakespeare are all great with language, but they also spin an irresistible yarn. Even the cardboard dry writers like Melville and Hawthorne that take some getting used to are enjoyed and appreciated by more fans than most modern day authors.

Dismissing the audience for philistines is all too easy.

Sadly, when you have a perception so ingrained about the superiority of a single style, things in the sommelier word can get a little...circle-jerky. This idea that the unwashed plebs don’t appreciate good art is simplistic. It’s seductive. It’s comforting. It makes a writer feel better about the fact that even small press won’t take a chance on them because their last book only sold 128 copies...mostly to their MFA writing group peers.

Oh and ten copies to their mom.

However, the perception of mainstream unwashedness isn't true. It’s a sweet lie. Literature sells. People read it. And a good writer, like Woolf or Joyce, can create compelling plots and characters AND be completely avante guard for the time. And of course, Shakespeare can play with language beautifully AND sell out a theater to those plebs with a compelling plot and some bawdy jokes.

Another factor to consider is that there often is an illustration of the quality of a work as being EITHER commercial OR literary (and mind you, I hate these terms) in the same way that a light is either on or off. However, I would also suggest that this dichotomy is not a dichotomy at all, but a continuum. The literary world speaks in absolutes, and in value judgements. But the reality of a work’s quality is far more complicated.


Authors like Kurt Vonnegut, JRR Tolken, and Phillip Pullman (all speculative fiction authors if you're keeping score) clearly present a conundrum to the ideas of writing as EITHER commercial OR literary (in as much as either of those terms is synonymous with “high artistic quality”). Unless one is dismissing speculative fiction outright (as some do), none of these authors could be put squarely into either category—commercial or literary. Not, at least, without considerable difficulty and a number of exceptions. There is clearly more going on in these authors’ works than could be dismissed as commercial, and yet none write definitively at the caliber of high literature—whether we define that by canon authors or by the quality of “literary fiction” we might find in the Pushcart or awarded an O Henry. We could probably debate about exactly where on a line each author might go. (Personally, I would place Pullman slightly to the commercial side, but just about dead center, Vonnegut very close to literary, and Tolken somewhere between the two, but that’s just me). The point is that they defy straight classification, as do many other authors of both “genre” and “non-genre” alike.

Like the assumptions of most communities, the assumptions behind the vernacular of the literary community usually go unexamined and most dialogue or discourse assumes their truth without question, but we must be careful about letting established community culture fall into the fallacy of begging the question, EVEN if that community is the literary community. It is this sort of examining the forest for the trees that can reveal how patently absurd the rest of the prejudice towards speculative fiction really is.

To fully understand the prejudice against speculative fiction, it helps considerably not to try to be disingenuous about its quality. The devil must be given its due if we are to proceed honestly or with integrity. So let us be honest. There is a lot of extraordinarily bad writing within speculative fiction. Genre sells well—and speculative fiction sells particularly well among genre—so publishers and agents will lower their standards when deciding to take a chance on speculative works--particularly sci-fi or fantasy.

It is not unlike how the current trend in the popularity of reality television has led to producers giving the green light to shows SO stupid that they actually have the power of performing non-surgical lobotomies on the audience.  They do this because they know that a bad reality television show is a better risk than a bad sit-com.

Within speculative fiction there is work that isn’t so much plot driven as plot railroaded, there is character dialog that is mostly a round robin of exposition, there is melodrama, sentimentality, Star Wars and Star Trek clones by the cartful, and there is work where the fantastic elements do nothing for the story but change a pedestrian setting out for a fantastic one often called the “….in space” factor.

And while we all care if Kelly is going to pick Dylan or Brandon before Starship Melrose docks with Dawson's Space Station, this writing pretty much sucks.  Speculative fiction is the comfy EZ chair for flat characters, clichés, tired tropes, and enough truly awful work to fill a giant library with nothing but writing that the world would probably be a better place without.

Beyond the patently bad exists another strata that is simply mediocre and uninspiring. Reams upon reams of speculative fiction exist that aren’t necessarily of poor quality—and when some people grab for pleasure reading, it’s their first choice—but it certainly isn’t deep, moving, or literary writing either.

This is the fiction of preference—the fiction of someone who would prefer to read a story about space pirates than one about Somalian pirates. This is the fiction of people who want to read to visit other worlds, or take fantastic journeys. (That this motivation to pick up a book and read is judged as a less valid than immersion into banal realism is little more than a value judgment manifest as an objective criteria, but we’ll explore that soon.) Speculative fiction is home to Harry Potter, Twilight, Xanth, Dragonlance, dozens of Stephen King novels, and so much unnamed dross as to—at first glance—warrant any degree of prejudice about its quality as absolutely valid. A glance across the landscape of speculative fiction would seem to confirm that it is the denizen of little but bad and mediocre writing. And this is the position from which many fans of speculative fiction find themselves defending their tastes.

But of course they shouldn't have to.