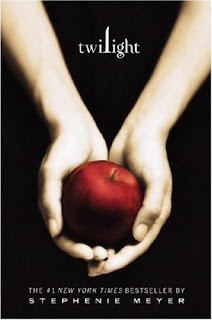 What's the worst book that you just couldn't stop reading, even though it was terrible?

Don't forget you get three (3) votes, but that there is no ranking, so using as few votes as possible is better. This poll will be up until the end of March, and don't forget that that since I can't stop shenanigans like voting twice from different computers, or voting after the cookies expire in a week, I encourage as much of it as possible. Vote early. Vote often.

The poll itself is in the lower left at the bottom of the side menus.
at March 17, 2017