The Vagaries of Experience (The Renown Margin) 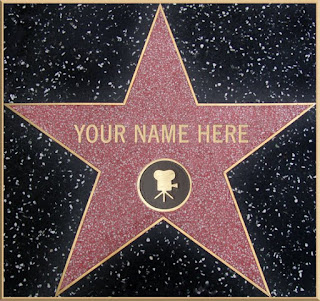 Reminder: I'm not famous. But because of having such a big Facebook page, and several viral articles, my life is starting to bend towards some level of kinda, sorta Internet fame, and (as this blog exists in part to share in real time my experiences of writing with the very deliberate attempt to find an audience and make a living) one of the experiences I will share with you is my foray into the liminal space between complete unknown and some Q-list celebrity status.

One of the most interesting experiences, as I push against this membrane of quasi-fame, is having a dawning realization of why actually famous people do (or don't do) certain things. ("OH. THAT'S WHY!") I realize why they don't open themselves up to random criticism from strangers (there's way too much of it), why they accept a revolving door of their fans (too many to try to please), and why they compartmentalize their private lives (some people's obsession can be harmful).

I've stumbled on another one: the reason people in a spotlight so rarely mention products by name unless they are getting paid endorsement. They often speak in vague terms of A store or A restaurant or AN online company run by the richest human on Earth, even when they're being quite specific about some level of criticism or some level of enjoyment. It's not that they never name names, but it's much more calculated. Usually they describe their experiences with carefully curated vagaries.

I started noticing it innocuously enough, but even at my not-quite-Q-list status, it's gotten to the point where I want to back off on the casual. If I'm going to drop a name, it needs to be worth it. I'm ticking off too many people just by telling them how my day was at that level of specificity.

See, the good words are basically low-key commercials. Point at something and gush, it's basically unpaid advertising, and folks who have begun to understand what their social capital can command may not wish to do this over something trivial or to essentially use that social capital to lift up capitalism and be a commercial.

But where it really gets hairy is the less than stellar thoughts. That's where the shit really goes down. I have enough friends, followers, fans, and people generally watching "The Show™" that if I talk even casually about my experience with some company or product that has let me down, I'm going to make SOMEONE's head itch. Maybe they work for that company, have a lot of brand loyalty, or just generally have some vested interest in not letting it stand, and suddenly you feel like you're arguing over whether how and why you're not really having a good customer experiences with someone.

And I get it. I do. Personally I find memes about how teachers never teach anything important annoying because I'm a teacher. And it's just not that simple. We are teaching you that the blue curtains represent sadness for a reason (often several reasons). So if I've eaten my Wheaties and I see someone post about how teachers never teach anything useful, I try to add some informative nuance about being pinioned between district curriculum and rising class sizes and so sorry that you were personally reading two years beyond the rest of the class and this wasn't a useful lesson.....blah blah blah (you get the idea). So when you realize that someone in your audience probably works for or loves to bits the company or thing you are about to share a not-so-hot story of (and may have had THEIR Wheaties), you begin to question whether you need to actually include the product name. Is it really that important that it be Cold Stone™ and not just "we went out for ice cream...." Is it vital in the story you want to share, that you name the phone you are frustrated with (and thereby invoking the Apple vs. Android battle royale in the comments of your post.

I've even had people who MADE something grief me before. I was MORTIFIED.

I have this friend. This friend works for and owns a significant chunk of stock in a company. Let's call this company Quince. If I complain about something that Quince has done (no matter how many I statements I use or how personal my experience was), my friend is always right there complaining that I don't know the whole story––that I'm attacking poor, innocent Quince (who has ne'er done anything untoward) and that I simply have completely unrealistic expectations and an illogical grasp of what any company can provide. And while, as a general rule, I'm pretty much here to bathe in nuance, I could not help but notice that many of the points my friend makes––sometimes including STRINGS OF IDENTICAL WORDS––came right off of Quince's public relations page––the end result of millions of dollars Quince pays to control the narrative that anything unethical that ever happened with regard to Quince was always everyone else's fault but theirs. My friend is offended when I suggest that they might not be, in a manner of speaking, the most unbiased person ever to speak on the subject of Quince, and so they end up in this cloud of fuming anger. This is the same friend who will ALWAYS jump in if I say "companies should treat their customers better" and has even AGREED WITH ME when I shared stories about Quince, but left out Quince's name. So every time I have a problem with Quince, I sort of spend at least a little time considering if it's worth it to name names.

You can kind of see how this would telescope out as fame levels rise. Chances go way up something's going to get back to someone who cares about what you've said. Add in the perception of an attack to a peripheral issue--say if you didn't enjoy your day at Disneyland, a bunch of Disneyfans quickly start telling you that you clearly should have gone on Tuesday and used a counterclockwise motion to get the important fast pases first as you used the line tracker app to maximize.....and it wasn't DISNEY'S fault they regularly let more people into the park than can conceivably enjoy it simultaneously! Quickly you wonder if naming names is even worth it. Particularly the more specificity the story has. Even speaking out against something like Amazon not paying taxes can result in an Amazon employee making sure I know how happy they are at their job, and will I please leave Jeff Bezos alone? LEAVE HIM ALONE!

It's not that I won't still say these things or call out some shitty company for a bad decision, but I've come to understand that it is a trade off. This is directly launching a bee into SOME bonnet and the more bonnets are out there, the bigger the chances that a bee grenade will have some unintended side effects. You have to weigh your interest in having that caliber of encounter, and if you just weren't that happy but "whatever" it's not worth it to bring up that level of specificity.

I'm just a little guy with a little following, but suddenly I understand why so many celebrities speak in such vague terms and often project a bit of this "above it all" vibe. It's because of what happens if they're not.
at October 15, 2018