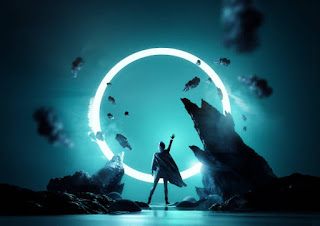 Update: This nomination is closed for now. (But it will come around again.)
What is the best Fantasy novel not a part of any larger series?

While I (really this time) work behind the scenes on the November Newsletter for my patrons, a first of the month seems like a good day to kick off our new NOTpolls.

If you recall (or even if you don't), I recently ran into enough trouble with free polling programs––and the prohibitive price of the paid ones given that I only ever ran one every month or two. Instead, I decided to change up our entire "poll-like" experience here on Writing About Writing. Rather than of nominations and polls with winners and losers, we're just going to do a comment thread of gushing recommendations.

There are still rules (below). But instead of trying to figure out what more people think is the BEST (which usually turns into which book has the coolest movie adaptation anyway), we're just going to have a good chat about good books and all come away with some suggestions for our To Be Read Pile™. We'll still have the system of seconds (and "thirds" and "fourths"), but all that will determine is which goes to the top of the list when I post the results. And I'll link out the original nomination post for folks who want to go see what people are actually saying about the book. Eventually these posts listing the results will be compiled in a massive "book recommendation" post.

It's going to be pretty fucking dope.

Hopefully, we all get some great book recommendations (and maybe a few fewer "not winners") out of this new format.
at December 01, 2020