We Now Return You To Our Regularly Scheduled — *sounds of screaming* 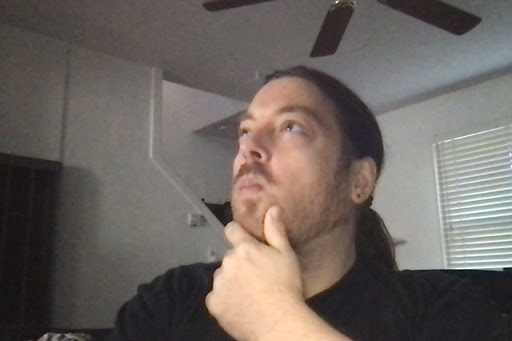 *Chris, smoking a pipe, looks up from a leather bound books*

"Oh, hello there. You found me catching up on my Proust. Welcome to Writing About Writing. Today we're going to talk about the subtle but powerful ways in which literary authors utilize setting as kinetic landscape, and the––"

"––dare I say, transcendental ways in which the skilled writer brings the setting ITSELF to life as a character in the story."

"If....um...the rich tapestry woven by the author functions in conjunction with the work's themes, what emerges is an altogether....uh.....more powerful......"

Voice from off camera: "Everybody stay calm, and no one will get hurt. Now, I just found out my retirement plan is nothing but Arby's coupons and those necklaces they give out at Mardi Gras, so I was already in a bad mood. But then I discover that I'm a patron of Chris, and here on December 2nd we still haven't gotten the November newsletter, so until I get my FUCKING NEWSLETTER or some answers, we're all just going to hang tight and eat these roast beef sandwiches I brought for everyone. No one has to get hurt."

Chris: "Uh.....so that would be my fault. Bit of an emergency yesterday. The big cheese upstairs was supposed to have a day off, but got called away to deal with some emergency in.....uh......some retirement plans or something, so we're running a little behind on some of the behind-the-scenes mojo we're supposed to be doing. It's kind of funny really. Just because of the way the Thanksgiving holiday went down, apparently no one here has had a day off in––"

Voice from off camera: "And you just thought you could wait until, what, December third or fourth to do the November newsletter? Do you know how absurd that sounds? It's like DaVinci demanding more time to paint the Cistern Chapel.

Chris: "There's actually a LOT to unpack about what you just said––"

Voice: "Shut up! You know I pay the rent here. I keep the lights on. I'm the reason you have food. I mean like vegetables and stuff. Not just these really good roast beef sandwiches."

Chris: "Well, yes. You and almost three hundred other Patrons."

Chris: (*looking back at the camera*) "Well, folks, I'm afraid we'll have to wait on that kinetic landscape thing. I just remembered some important work I have to do backstage for my beloved patrons."

Voice: "And I'm going to leave all my bead necklaces if you don't get me my early access post as well. ALL of them."

Chris: (*still looking at the camera*) Aaaaand we might have to settle for some jazz hands too over the next couple-a. We'll get you something, though. Because that's just how we roll here at––" 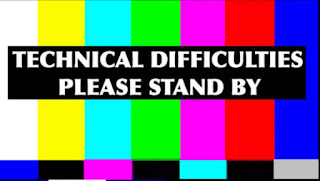