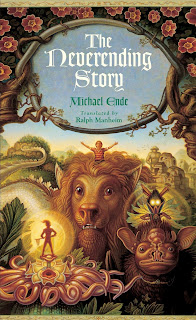 The results of our book recommendations for best stand-alone fantasy (written before 1980) are in, and wow, are these ever some amazing books. This might be the first time EVER that I've read every single book on the list, and they all deserve the praise they got. Thank you to SO many people for participating and making this our best book recommendation post yet. Results will go onto our massive compilation post in the next few days.

We did have a hiccup (again) a bunch of you went ahead and ponied up recommendations for books that were NOT stand-alone. They have clear sequels or ARE clear and obvious sequels. So, like last time with the sci-fi results, I'll run a separate poll for books that AREN'T stand alone but totally SHOULD be. We will also of course do another such post for MODERN fantasy (written after 1980).

On to the results…

Favorites (Remember, there was no voting, so the only "order" I've put them in is how many seconds they recieved.)

Beauty: A Retelling of the Story of Beauty and the Beast, R. McKinley 2

Drawing of the Dark, T. Powers 2

Out of their Minds, C. D. Simak

The Shaving of Shagpat: An Arabian Entertainment, G. Meredith

I'll mention three rule-breaking exceptions that defied the rules of our post but not simply by being published after 1980 or having a clear-cut sequel. One is not a novel. So does each of its short stories count as sequels or part of a series? The other is a book that has multiple endings released over 40 years apart including one that opens up the possibility of a sequel (possibly for its TV serialization). The last is a world-building book for Lord of the Rings which doesn't really have anything to do with The Hobbit or LotR, but is still kind of an edge case.

The books that were part of series will show up on the next poll.