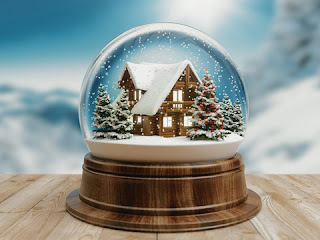 The time of prophecy is upon us. The Time of the Snowglobe.

For many moons The Great Chaos™ has been approaching, spoken of only in hushed whispers. But now the maelstrom descends from the heavens. The falcon is like "What, brah? Can't even hear you." And everything is about to get table flipped.

One of my partners calls it "the snowglobe." We are in the middle of being shaken up, and we don't really know how things are going to land. Will kids really go back to school this week (and will they stay there for long, with the delta variant affecting younger and younger people?) Will travel become simply a pipe dream again for another year? Will schedules align with folks we want to see more of? Will folks who've been working from home get called back to the office? Full time? It's a period of major uncertainty, and it's basically kicking off as kids go back to school…in the case of some of the ones near me, this week.

I have further complicated The Time of the Snowglobe on a personal level. I'm about to move. If you've been paying close attention, especially if you're a patron, you probably can guess why. But it means there's going to be a lot of physical manifestations of the uncertainty of the coming month as I try to move an entire apartment into a single room and some storage (with maybe a bookshelf in the living room. I may miss a post here or there, but I'll make up for anything I screw up with a commensurate post later on.

I don't know what your life is like, and I'm not here to judge how bad your own snowglobe situations are. There's already entirely too much judgement in the conventional writing advice wisdom that if you don't crawl on your hands and knees across glass, you don't really want it. But what I can tell you is that a lot of writers who are frustrated with the trajectory of their careers (or lack thereof) would be putting their writing on the shelf during a time like this. "It's too much," they would say. They would try to get through the rough time, and then get back to the writing. Most of the working writers I know would approach such a time like it will be difficult and would impact their writing, but that it will still be important to carve out time to get a bit of work done.

So good luck with your own snowglobe time (whether you've added in your own personal complications or not), may it settle in the best possible way, and if you're hoping to take your writing to a higher level, may you keep it prioritized even while everything is up in the air.