I Can't Thank You All Enough (Plus Meta Update) 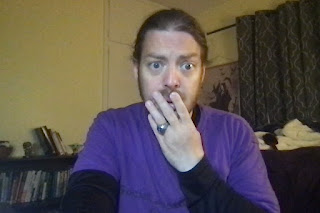 I don't even know what to say.

Thank you all so much. Thank you. THANK YOU.

Yesterday I couldn't postpone putting up an appeals post any longer, and the response was better than I could have possibly imagined.

Thank you to all of you.

While there are still a few more patrons and donations trickling in, I can already tell you that we had the most successful appeals post ever. And even though I can't stress enough that I'm not even close to making "good" money from writing—especially for the SF/Bay Area—I was able to shore up enough of the budget from the lost nanny hours that the immediate emergency is quelled. I won't have to put up ads on the blog or significantly curtail my posting schedule in order to pursue "day jobs."

Next week (and this Friday) was always going to be a week (and a day) off for me. It was the second of two badly-BADLY-needed post-pandemic vacations. I couldn't really take time off before vaccines. My clients needed me every second I could spare, and the weeks I was in quarantine (after a doctor's appointment or something) I was still trying to catch up on writing.

But the trip I had planned—a road trip to Denver to see a friend—fell through.

So here's what we're going to do….

I'm still going to take the time off: a staycation of sorts. However, I'm also going to use the opportunity to catch up on all the admin stuff that is so dreadfully behind. It'll be a little easier than writing posts whole cloth and will be a LITTLE relaxing, but I'll feel better if I come back to some of this stuff being cleaned up—kind of like coming home to a clean house after a physical vacation.

Thus, while I'm "gone"…. I'll update the book recommendation compilations. We'll get the Best of W.A.W. updated for 2020—yes, I'm still procrastinating on LAST year. We'll catch up on Patreon reward tiers. And if there's still time, we'll start cleaning up the menus and tags. I'll also keep the current book recommendation going, tabulate the results, and start up a new conversation, just so I don't go to quiet.

You may see some posts going up (and if you watch REALLY close, you may see some changes happening behind the scenes), but I'll be ditching our usual posting schedule. I probably won't be putting links to too many of these updates on social media. (I'll run reruns that week.) Instead, at the end, I'll do a "bundle" post of everything I cleaned up.

We will be back to our regularly scheduled shenanigans on Sept 8th.