How Can I Support Writing About Writing? (F.A.Q.) 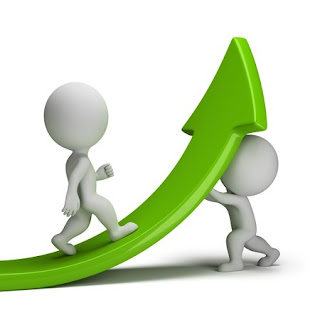 I often get this question with caveat of "in ways that don't involve spending any money" so let me assure you that I do have an answer to this below. However, I can't stress enough how helpful money is. (2022 edit—and with medical bills for surgery all the cancer stuff approaching five figures even WITH insurance, I could absolutely use a hand.) So let me put this list in roughly the order of how useful/helpful/supportive each method is.

1- Sign up for an ongoing, monthly financial contribution (even just ONE dollar) through Patreon.
Simply put, nothing will contribute more to the ongoing survival of Writing About Writing, support the site more, or ensure future offerings of fiction and timely articles than will a few dollars that I can reliably count on month after month and use to budget. Also, nothing fuels an artists' or entertainers' sense of duty more than feeling like they have a patron's generosity to live up to. (There are days my patrons were the only reason I wrote a word.) Whether it is scaling back hours at my other job or being able to give this blog full-time energy, none of it will happen if I need to make ends meet from other revenue streams. I know not everyone has a budget for flinging money at online content creators, especially in today's economy, and I don't want this to come across like I'm besmirching the very methods of assistance that I mention below, but "Support your local artist," isn't just a slogan about pats on the back and encouraging emails. If you want any artist or entertainer to be able to go on creating and giving you the content you like, the very best way to do that is to make sure their rent stays paid and their electricity stays on, so that they aren't out selling Bluetooth smart bidets on commission when they could be making more of what you enjoy.

The easiest way to get me a regular financial contribution is through my Patreon. As little as a dollar a month helps me and will get you in on backchannel chats and polls. There are more rewards for higher commitments, but some really good rewards even at the lower tiers. I love my large donors, of course, but if one of them experiences a life hiccup, I could be down 5% of my income; so a hearty "ecosystem" of one, three, five, and maaaaaybe ten dollar donors is also beloved and incredibly valuable in the long run.

2- Make a one-time donation through Paypal.
Not everyone can give a set amount month after month, but yeeting money at the artist will still absolutely be the most supportive thing a supporting supporter can do to support. I hate to sound like a materialist, but writing is so much easier to do when the power isn't turned off.

A one time donation is easy through Paypal. Just look over to the left side for the conspicuously placed tip jar. I also have Venmo.

Rarer, but not unheard of, are folks who want to set up an ongoing donation, but have no interest in Patreon or the reward tier system (for whatever reason); you can just click a box that says "Make this an ongoing donation."
I'm about to start a fundraiser for my medical expenses. (If you're catching up, I was diagnosed with cancer in November, had surgery in December, and am currently in ongoing treatment.) Right now bills are pushing into the "mid-four-figures" range, but I haven't paid for the hospital stay or the surgery yet, to say nothing of the ongoing therapeutics and tests that have gone into this year (so my out of pocket max is reset), and I'm starting to realize that on top of lost income, housing caregivers, and driving expenses, it's going to cap out pretty close to ten thousand. I'd like to do this independently of starting a separate Gofundme, but we'll see how it does. So far I've made about 20% of that in donations.
3- Exchanges/Creative Gifts
Of course money is the Swiss Army Knife of surviving capitalism. And with a normal, adult amount of bills (2022 Edit- And an abnormal amount of medical bills), it is the most useful support. However, people have "paid" me in all kinds of weird ways. They've given me gift cards. They've sent me complimentary tickets to events. They've sent me some of THEIR art (which I wouldn't have been able to afford otherwise). I even got someone's boudoir photoshoot once because they wanted to contribute, but couldn't afford to make a cash donation—I have to admit, THAT was pretty cool.
4-Subscribe!
Success begets success. Big numbers attract attention and draw even more audience. More audience will widen the net for folks who might be able to afford to give a dollar or two. You can help me even if you don't have money to give yourself. If folks think their carefully written guest blog is going to reach 18 people, their attitude about contributing will be a little different than if they think it's going to reach 10,000.

Find all the ways to stalk me, and pick a few of your faves.

5- Share the articles you like on social media.
The hardest part about blogging is getting the word out. If I share a post on social media, it's all my same friends seeing it again and again. They all secretly (and some not so secretly) want me to shut up. Not everyone likes my style. Not everyone cares about writing. Not everyone can maintain their composure when it's time to use their scroll wheel. Finding my niche and those folks who really appreciate the work I am doing is tougher than running down a cephalopoid on foot (#23yearoldpopculturereferenceFTW), so helping push that process along is incredibly helpful. You have friends I've never met. Some of them might love what I do. It is an absolutely free and easy way to really help W.A.W. –– simply share the articles you really like on various social media in order to help me to find the narrow niche of people who like both what I'm saying and how I'm saying it.

7- Click the little buttons. A lot.
In today's world of web content designers and search engine competition, there is a "Red Queen Race" between content providers trying to figure out how to trick a search engine into listing them higher and search engines trying to make sure that what is high on a search isn't filler crap. Google is constantly coming up with new tricks to make sure someone who's just dropping keywords into a fluff piece doesn't end up as the first result of a search. One of the most effective ways to help an article get more traffic (by being a higher result on a search engine) is to do things like give it "Likes," "+1s" and "Thumbs Up." I'm not saying you have to click something you don't like, but if you want to help W.A.W., you might be just a little more generous with those endorsement buttons than for a normal site.

8- GIF party in the comments.
For reasons I don't fully understand, GIFs tickle the algorithm of most social media more than a like or even just a text comment. (Especially on Facebook, which is far and away my most traffic-generating social medium.) So if you want to see a post get proliferated (especially an appeals post that might net me a new patron or three), put a GIF on that post.
9- Comment or drop me a line.
It's a thankless job. I make barely enough to get by (if I give up my car, cell phone, and eating anything that isn't a PB&J or ramen) for fifty hours or so of work a week. There have been a deplorable lack of hawt groupie threesomes since ever. Most of the time, no one makes a comment unless they've got a problem with something I've written. And half the time, I get these anonymous nast-o-grams that are absolutely intended to make my cry like the Dawson's Creek meme. It's really nice to hear some of the good stuff from time to time whether it's just an article you particularly liked, or a general appreciation of my work.

It really does make a difference when I'm trying to get out of bed to write the next day.
at May 22, 2013