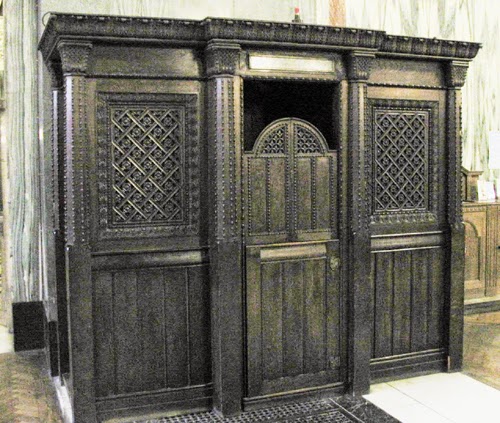 Here's the truth of it.

It's late in August, and despite dogged efforts to bolster page views, I'm still roughly 400 per day shy of the maniacal goals of Blog. At first that number was easy to face with a sort of "Make it up next week!" type of enthusiasm, but as we cruise into August's 20th day, we are almost ten thousand page views behind where we would need to be. I can keep doing what I'm doing, and I'm going to put on a show, but at the end of the day, unless something I write in the next eleven days goes viral (and there's no way to know what's going to go viral before it does), I'm going to be about 15,000-20,000 page views shy of my goal.

Don't worry. I'm not going to stop blogging or anything. I haven't tossed my Macair into a full bathtub and screamed, "Screw this Popsicle stand!" The wind is just out of my sails a bit. While it's possible to go all night like a lumberjack (so to speak) when one is winning, the fact that I haven't had a day off* in over three weeks is harder to grin through when it looks like I'm just pedaling a flying machine that isn't aerodynamic as it crashes to the ground.

*From blogging anyway. I write every day even when I don't have a scheduled post.

I also did something that I haven't done since Hurricane Katrina and before that during the aftermath of 9/11. I sat around and read everything I could find about current events–specifically in this case the aftermath of Michael Brown's killing and unrest in Ferguson, Missouri. There's a lot I could say about how we are NOT in a post racial world, efforts to control the narratives, and how the stories we tell get repeated in event after event (I think a post like that might be coming), but I'll spare you most of it except to say that the suppression of the media has been chilling. And that I want to punch everyone in the face who says the innocent have nothing to hide when the NSA spies on its own citizens but can't see the fucking irony when police confiscate cameras.

Still, I just kept reading. Hours and hours. One story after another. Dozens of them. My head hurt. My eyes burned. But I couldn't stop. I simply couldn't stop.

I can usually hold back the flood of care. My empathy doesn't have a kill switch, but I can usually remember the good things in the world too. I'm like a Facebook feed. One minute there's outrage and then there's a kitten and an ice-bucket challenge.

But today I got stuck. I got stuck in a moment that is going to define us for probably a generation. A moment like Katrina and like 9/11 where we dangle on the edge of a spiderweb-thin thread and our whole society will lurch one way or another. For better or for worse, these are the moments that make us who we are.

Will we have yet another generation of race riots and victim blaming? Will suppressing our civil rights become commonplace when we're too "uppity." Will law enforcement black out the media so that their actions can go unobserved? Is that the kind of people we will become? Or will we embrace the uncomfortable truths that systemic injustice, unequal treatment, that unearned advantages are very real, and that things are deeply, systematically unfair in a country whose principle selling point is a meritocracy.

We are facing ourselves in the mirror these last 11 days and many have realized what some have been screaming all along: that we have a very real racial equality problem in this country. And this is one of those rare moments where we can choose to listen and talk and do something about it.

And I'm terrified that we won't.

So I didn't do much writing today. I just stared at the screen--at story after story after story--and pressed my lips together and hoped beyond hope that the better angels of our natures would, finally, make some real progress in overcoming a bloody and sordid history, and that we could experience that painful progress that is so frustratingly, mind-numbingly slow.

I look down the road and I see a smear campaign against protesters, a young man essentially on trial for his own murder, an exonerated officer, and riots like 92 when I lived near Los Angeles. Then we can blame "those people" for "destroying their own neighborhoods," ignore that patterns of police brutality and the criminal justice system disproportionately affect people of color, and start it all over again. Welcome to post-racial America.

I hope we can consider this instead:

Fidel Lopez was attacked (at the same intersection where Reginald Denny was pulled from HIS car, but a few minutes later). He was eventually rescued by Rev. Bennie Newton. Newton told the rioters: "Kill him, and you have to kill me too."

And then he stood there, keeping a total stranger safe by physically standing in the way of every person that came along, preaching non-violence, even as the riot raged around him.

Newton is as much "Those people" as anyone.

We lose part of our humanity when we paint everyone with the same brush. But mostly we lose entirely too much of our humanity when we chose which brush we paint with, and which we ignore. When a community that stands vigil over its businesses during a protest, throws tear gas away from children, and just wants some fucking answers is lumped in with out of town provocateurs, because that makes it easier and more comfortable to dismiss the whole thing, we have fallen into one of our worst human failings.

We're better than that.

I hope you all take a moment to care about the events happening right now that may shape your world for years to come, whether they are happening in your back yard or Missouri or half way across the world in a desert you've never seen, but mostly I hope you don't reduce anyone to blocks of "those people."

If you are a writer, you know that every single one of them has a story that matters.

And I confess, knowing that makes it harder sometimes to hate or blame or dismiss. But you'll be a better writer for it. A better artist.