Gamergate's Failure (Cooking Up Something for the Geeks) 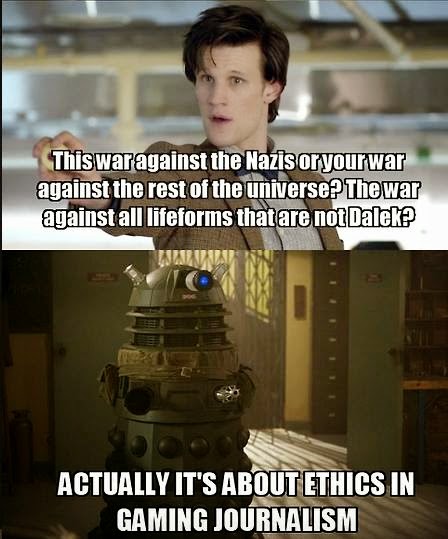 I'm working on an Ace of Geeks article (that will probably go live sometime next week) so as per usual when I'm writing for another blog, I'm going to do a promo for the LAST article I wrote.

Be sure and Follow W.A.W. on social media if you want to get Ace of Geeks and Grounded Parents articles as soon as they are posted.

This article I wrote about Gamergate was an instant hit. Find out why everything Gamergate tried to do failed so spectacularly.

In the history of fail, there have been few examples quite thorough as Gamergate. Whatever momentum they briefly held in their championing the ethical treatment of video game journalism has been fully eclipsed by an increasing awareness that they are behaving like toddlers with overfull diapers. Sexist toddlers. With potty mouths.
You may have noticed that they're kind of becoming a joke these days.

You almost (but not quite) have to feel bad for the sincere. (I mean the really sincere, not the ones twisting themselves into pretzels to justify their sexism.) Their struggle is like watching a two year old get more and more incensed at the adults laughing at their meltdown. The more red faced they get, the more they scream and stamp their feet and the more the adults giggle. "Awwwwwwwww. Who needs a nap and their baba?"