The Humanity of Nuance 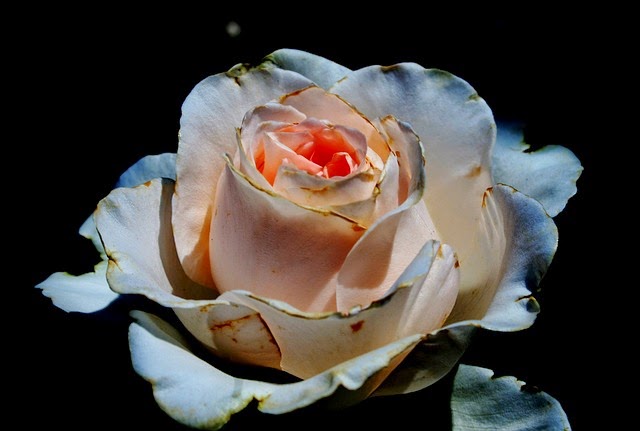 I let a man kiss me who killed an unarmed child.

This is not a story. It's not one of my playful embellishments. It's not fiction. It's very real. I let a man kiss me who killed an unarmed child.

Stripped of nuance this whole thing sounds a little twisted. (Not the kissing a man part; if that bothers you, feel free to fuck off.) Me kissing a child-killer. What sort of foul world am I a part of? What sort of unsavory characters do I associate with, and why am I kissing them or letting them kiss me?

However, as details are added a far more rich and complex story emerges:

It was World War II, and the word was, the army band was going to end up shipping out to Europe. One of the clarinet players heard that the Marine band would be staying stateside indefinitely, and went and signed up for the Marines. Well you can't enlist in two branches of the military at the same time, and when the punishment came down, the clarinet player ended up with a rifle instead of a clarinet and platoon of paratroopers instead of band-mates and behind enemy lines instead of entertaining on the front line. They would load up into a big engineless glider (which was basically a giant paper airplane) get towed towards the front line by a big plane with an engine, get cut loose, and then glide over the fighting to jump out behind enemy lines. It was one of the most dangerous jobs you could have short of being the guy holding the flame thrower. The glider would get shot at. They would get shot at while they paradropped. It was about as close to hell as anything in this world can come. And the clarinet player was the sole survivor of a botched drop–wounded and alone in occupied Germany. Behind enemy lines he ran into a very young German soldier. This was near the end when they were giving rifles and two clips to the "Volksstrum"--men as old as sixty and boys as young as 16. The kid (who was about the same age I was when I was pining for thatblondmom and playing F-Zero for a few hours a day) was scared and out of ammo. And for years after his capture and safe return to the midwest the clarinet player woke up screaming from nightmares about shooting him anyway.

That clarinet player was my grandfather. The same one I wrote about yesterday who made me practice my trumpet. And who did indeed kiss me, changed my diapers, and from what I've been told (and my childhood experiences do little to dissuade me from this opinion) loved nothing on this Earth quite as much as he did me.

When we strip complexity and nuance down to a sound bite, we lose the gestalt of humanity. We lose the nuance of who we are as humans and why our simple labels are so ineffectual. Our strength of pattern recognition becomes mismanaged when we use it on our fellow humans. We are all so much more complicated than that. So much better than that. Sometimes so much worse than that. Just plain so much more than that.

I won't end with a "Writers ought to..." didactic lesson. Writers far better than I know just how much mileage they can get by leaving out a detail or two. Not everyone who has experienced fundamental marginalization and dehumanization should be expected to return only nuance. And sometimes a writer very deliberately robs a character of their humanity.  (Even the intro to this post used a lack of nuance to pique interest.) But I will say that there's a reason that the great authors seemed almost unable to NOT bring nuance and complexity to their characters, and why stereotypes, two dimensional characters, goofy villains being evil for its own sake, and archetypes are the bane of modern fiction.