A Visit to The Sci Guy 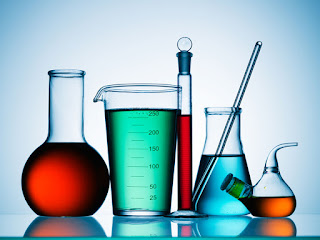 Chris: It's lucky that Dudley Doright just happened to be in a place with no internet while we were dealing with this cyberattack. No one knows that we couldn't have posted anything but Evil Mystery Blogger posts for the past week.

Sci Guy: Luck had nothing to do with it. I made sure Chris had no internet.

Sci Guy: Look the guy thinks his ethernet is a mesh for gathering the upper air so there's enough pressure behind the data stream to–and understand now that I am directly quoting him– "pump it through the intertubes." It's not really that hard to shut him down and make it look like an accident.

Chris: Damn. That's good thinking. I definitely need to give you a raise. From now on it's two fast food coupons every other week for you!

Sci Guy: Great. I'll be able to get hash browns and a drink.....bimonthly.

Chris: I might have some Bed Bath and Beyond gift certificates.

Chris: Okay well....I'll look into getting you some actual money. Incidentally, I trust that massive unlicenced hadron collider you're obviously building over there has nothing to do with trying to re-rip the time space continuum in violation of interdimensional law so that you can poke around parallel universes and find a timeline where the woman who kissed you exactly once before she died is still alive, kidnap her from whatever life she's had there in the last two years, and bring her here like some really fucked up comic book villain who does a bunch of evil shit because he can't get his dick wet, and that your relative inefficiency in tracking down an IP address of someone who keeps shitposting in our name has nothing to do with such a "nice guy" quest.

Sci Guy: You know....fast food coupons will be good....now that I think about it.

Chris: We really have to stop this clown.

Sci Guy: I keep telling you it's someone from upstairs. Main floor. It's not Evil Chris and it's not the Cheese guy and it's not anyone outside the Writing About Writing compound. Literally all you have to do is install cameras or something. Or hire someone who doesn't knuckle under when the staff gets annoyed at being asked if it was them.

Chris: Okay, well I'm going to go somewhere else now because this conversation is damaging my squee. It's sloppy joes day in the cafeteria–Grendel and his mom do them really great. Keep your hardon out of the hadron okay?