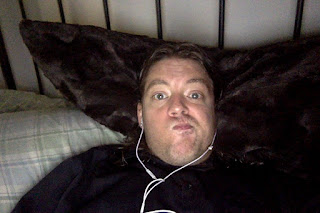 I'm currently cooking up some "real" articles (you know....the kind that end up in The Reliquary and get trotted out when I'm doing "reruns" on my Facebook page). These updates include, but are not limited to, a mailbox and a listicle about dillholes who show up every time I post a certain kind of macro (on that same FB page).

In the meantime though, I thought I would bring you up to speed on personal updates and the matter of the resurgence of the novel.

Let me TL;DR something quickly here before anyone worries. I'm fine and I've consulted with a physician. But I had a bit of a scare this weekend regarding sleepwalking, and it kind of ate my weekend whole. I'm holding back the details right now, but one day it's going to make a hell of a story.

Problem being, I was REALLY looking forward to catching up on my writing this weekend, and now I have that feeling like I'm spinning my wheels a little and by telling you all this great shit that's totally coming my fingers are writing checks my.....uh....also fingers can't cash.

They really are coming though. I would pinkie swear, but I think these digits have some promises to keep before they make any more.

I've also learned a valuable lesson (for me).  Doubling up on pet sitting, where I'm staying at one place and running back and forth to another, kind of defeats the purpose of how well pet sitting works with writing as a side gig. I mean sometimes the only way you can get a ten day gig is with a little overlap, but I have a sense now of the toll it will take on my writing to do all that running around on top of writing and my nanny gig.

On to the writing:  I get a semi-regular question about how to restart something that has been put on the back burner. It's not a good idea to do that. And most writers emphasize pretty heavily that you want to finish your shit, but sometimes life happens, and we all have that story that went fallow but we really want to get back to.

But you can come back to the world  of your story and find characters stiff, and conflicts unpliable. Everything feels unfamiliar, like returning to an old neighborhood and finding strip malls instead of empty lots and nothing quite where you left it.

Getting back into your story is a lot like trying to work clay: it's going to take some playing with it before it starts to become manageable and you can really get it to start doing what you want again.

The easiest way (and ironically most oft overlooked) to re-enter one's story is to read it. Start at the beginning and just start reading. But resist the urge to revise and edit. Just go through it once and try to get back into that lost mindset. Find all those loose threads you've forgotten you forgot. Your goal isn't to establish a whole new mindset, but try as closely as possible to remember where you were. (Not that you won't change everything; but it will seem less daunting if you don't feel like the entire story is a total wash.)  The second time through, you can start taking notes of things to maybe adjust.

So that is actually exactly where I am today. Yesterday I reread my story and held my quivering hand back from all the revisions it wanted to make like I was Ash in Evil Dead, and today I'm going through it and taking some notes. I'm probably still not going to bury myself in too much revision because the main direction this project needs to go is FORWARD, but now that I've got the groove back that I was in, I have a better sense of what I'd like to change....that isn't just "OMFG EVERYTHING."

I'm happy to report all the plot points appear to be mostly where I left them and after peeing on my suitcase in protest, the characters seem to have mostly warmed up to my renewed affections.
at August 08, 2017