Drowning in the Yule Tide 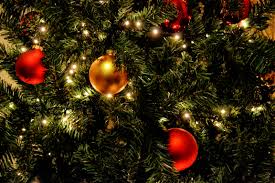 I'm pretty much going underwater until the new year. If you see me, it's probably just my head as I gasp for air.

There are stacks of pet sitting jobs double and even triple booked over the holiday season by folks hoping to see family or who've had their first pet-sitting plans fall through and who are undaunted even by my double-book rates. ("Help me Chris," the hologram says. "You're my only hope.") The Contrarian has out-the-wazoo extra needs as folks scramble to balance superhero accounting books by year's end. A strange, but potentially wonderful fourth side-gig requires a few hours of effort. All of this, of course, on top of the holiday season, which is held secularly even by those who have little interest in its religious connotations. (Personally I kind of enjoy watching Christians insist that they totally didn't coopt pagan holy-days and that both the lambing season and Roman censuses were done to kick off winter.) I have to admit that while I used to be Theoden King ("Thus it begins...") about this season, having a four year old to dote on has basically turned me into Will Ferrell's character from Elf. Gifts to buy and wrap. Food to cook ruin trying to cook and end up buying. I might even bake fuck up and then buy cookies.


Point is, we're a touch on the busy bee side over here.

In the usual tradition of Writing About Writing, though, I will be struggling to bring you some kind of content and not just taking a couple of weeks to have some eggnog and quote Prep and Landing. You might be asking yourself how the yuletide hell I am do all this extra non-writing work and still bring you blog posts?

So look for polls. Look for jazz hands. Look for silly posts. And maybe I'll even manage to get something you can sink your teeth into, but know that our updates are going to be on the wild and wacky side until the new year–when you should look for a major tectonic upheaval in the update schedule.

Is there a lesson today? Sure. It's worth noticing how writing is almost never a binary for working writers. No matter what's going on in their lives, no matter how chaotic their schedule gets, no matter how many extra obligations they have stacked on, or how busy they become, they do not "STOP" writing. They manage expectations, pare down, announce their productivity is going to take a hit, let their loved ones know that things are going to be like the end of book two in a trilogy for a while, and continue to write as much as their circumstances will allow.
at December 19, 2017