No Glamor in the Business of Writing 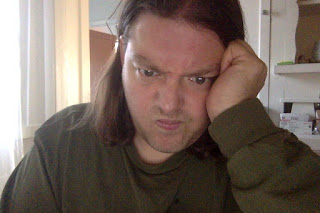 No, this is not my monthly appeal. I did that a couple of days ago. I'm obviously still hoping to get patrons and I have bills to pay too, but see how you feel at the end of the post.

This is not the post I wanted to write today. I woke to terrible news, and have spent most of the day watching my income fluctuate at the mercy of others. And I can't even blame them.

Also...unfortunately....some days are like this when you're a working artist.

Brent Knepper wrote a blog post somewhere between a personal story and an expose on how No One Makes a Living on Patreon. Some of the low end grousing suffers from a pretty unexamined example of how statistics can lie as much as tell the truth. "Most" people are not making much money on Patreon for the same reason that most people in any art are not making much money–they don't produce enough of enough quality to a broad enough audience to make more than a pittance. And that is an indictment of how fucked up a number of things can be, not the least of which is our current online culture and capitalism in general. However, it's not really Patreon's fault. (I make AAAAALLLMOST minimum wage, but I post six times a week and have a huge audience through Facebook.) There are some structural difficulties that Patreon could streamline to be better at all the unicorn orgasms it says it wants to give artists, but it's not really billing as a promotional service.

However Knepper goes on to point out how much Patreon is making off the artists it supposedly supports, and that's where things get really interesting. Patreon is making enough to attract investors to an IPO move as well as spark several major competitors. (That's a corporation making money for shareholders off the efforts of artists, in case the full implication wasn't clear.) It seems that there's money in exploiting artists–big money. And that part of Knepper's post is much more pertinent since it demonstrates a system very clearly set up to profit off of artists, not necessarily to profit artists.

Jack Conte is quoted within the Knepper piece: “'This devaluing of art and creators is happening at a global scale,' Conte wrote in a blog post on Patreon. 'It actually makes my heart sink when I think of the magnitude of the web’s systemic abuse of creative people.'”

Personally, I might use the word "exploitation" rather than abuse, but you get the idea. Getting artists paid turns out to be big money. The art itself...largely not so much.

The bold new horizon of online work for a lot of artists is a world of huge double edged swords. Finding audiences for niche work has never been easier, but neither has piracy, exploitation, the demand for content so free, people get apoplectic if you ask them to give an artist credit. Content creators are doing a lot of work so that host sites can benefit.

Theoretically this isn't a new frontier. As long as there have been artists making money through their art, there have been those willing to take a slice to help them (sometimes legitimately so and often exploitatively). The internet didn't stop that; it just changed the game. The face of record labels and publishing houses with exploitative contracts and retail markups by middlemen has been replaced with payment processors and hosting sites.

Today, suddenly and unexpectedly, became a day of dealing with Patreon's latest bullshit move. Let me make this clear: as much as I want to hate Patreon, a transaction fee on online money transfer is pretty standard business. You couldn't mail me a check without paying the same amount for a stamp (which is why mailing me a dollar instead of say, TEN dollars, would be an odd choice). I want everyone to make a living wage–including the folks working at the payment processor computer banks.

Where Patreon fucked up is getting greedy. They took a good thing and said, "How can we make more?" They put the transaction fees on the patrons instead of the creators. Which maybe wouldn't be such a big deal for someone paying $20 to one artist who is suddenly paying $20.35, but ensured that a one dollar donor would be paying about 40% more than their pledge amount. (And think about how fast that can add up if you support a bunch of artists at a dollar each.) Adding insult to injury, content creators got an email crafted by The Lord of Lies Satan Himself their PR department to make it sound like they were doing us a big, huge, unbelievable awesome favor to jack the patrons because we would always get 95% of our pledge amounts, but it smelled so funny that I wasn't surprised to see that a blog breaking down the truth was going viral less than a day later. By dinging patrons, they destroyed the viability of the small donors.

And if you want to yell at them, you have my blessing, but that's not actually the take home of this post. Today instead of writing what I wanted to write, I sent my patrons a note (reproduced below) letting them know what was happening, watched my monthly income start to bounce all over the place (mostly down but a generous donor sent it way up and at least one patron signed ON today so who knows where this is eventually going to land--especially if Patreon listens to us), I put a star reminding me to get back to the client of a pet sitting gig email that I was going to flatly turn down for being too high maintenance because who knows what the fuck this is going to do to my income, and I joined the chorus of furious content creators calling on Patreon to do literally anything but charge our patrons more than what they sign on for–even charge us the damned transaction fees.

Seriously like every creator I know would rather make a little less than to betray and abuse the generosity of our patrons by charging them more than they signed on for.

This is beyond infuriating, but mostly because people will (of course) just take their money and walk away when businesses start treating them that way, and so my income may take a hit, and whether it is a small setback or a huge one is largely nothing I can control. But I certainly had my hands full today dealing with it, and trying to make sure folks knew how unhappy I am. As I said in my note to my patrons, right now I don't have a lot of options.

However....here's the takeaway and why I'm blogging about it today. It's not just a "personal update" or "why there's no real post here" post.

This is how it goes some days. This is what I did. I woke up and dealt with this shit until it was time to leave to pick up my charge from school. I did no writing that I wanted to do or had planned to do when I tucked myself in last night.

If you want to write for a living, you're in the business of writing, and it IS a business. Capitalism means we all have to play the game. Same goes for any art. Some days, no matter how much you'd rather just have you're going to be firing an agent or renegotiating a contract or deciding how you want to handle some major fuck up on the part of those who monetize your creative labors. Or chasing down a piracy site and having an email exchange with someone who couldn't care less that you're the real author. Or you'll spend the whole day hitting local bookstores to put stuff on consignment. Or applying for a grant. Or doing the paperwork and interviews to try to get into an art collective. Or. Or. Or.... And that's if you're not doing a double shift on your day job or hitting your side gigs extra hard because the writing didn't pay out like you thought it would.

That dream you have of just writing the days away and getting checks mailed to you....that's not real. Not for anyone working, and not really even for those household names you know. But it's particularly not real when you're starting out.


Hi folks. If you are pledging at a low amount (less than $5), particularly if you have several Patreons you give to at this level, you may want to be aware of a pretty skeevy change Patreon has put into place. They billed it as a great change for us content creators, but it looked pretty suspicious at the time, and now I know why.

Patreon has decided to pass transaction fees on to you. They're generally pretty small and if you only support a couple of artists (particularly for more than a buck or two, it is likely you wouldn't even notice), but if you're only donating a dollar, the base transaction fee (35 cents) means you'll get charged way more (percentage wise) than you signed up for. You can see how this could get unwieldy if you're donating a buck or two to a few dozen creators.
The whole thing is detailed at this link including the running of some basic number numbers: http://www.pretty-terrible.com/funny-money-patreon-style/

Right now Patreon is sort of the only game in town for what it does, and every business that does anything even remotely similar seems to have it's problems, so I'm sticking with it through necessity, but I'll understand if this leaves a bad taste in anyone's mouth. Paypal recurring payment takes a smaller share, but you would have to get in touch with me directly about any rewards you wanted.

Content creators are contacting Patreon to try and come up with a solution where WE pay the transaction fees. It is possible those efforts would be amplified if you complained as well.

Thank you for your support, no matter what happens,

Email ThisBlogThis!Share to TwitterShare to FacebookShare to Pinterest
Labels: A Writer's Life, Biz of Creative Writing