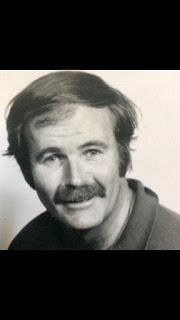 Like many students, I left high school feeling vaguely violated over what I’d just endured, and a mild sort of antagonism towards the teachers who’d put me through it. I know some students stay and have a moment with their teachers–I've had a few from the other end myself–but for me there was a little Chris-shaped hole in the wall.

It was those teachers who endured, even after decades, who I came to realize were the good ones. While there are dozens I can picture, I can't really remember their names. They did their thing. I resisted on principle. Somehow I walked out with knowledge despite myself. Certainly becoming a teacher myself opened my eyes to how difficult it could be–how instantly the Stand and Deliver fantasy shatters when triaging a state mandated curriculum to a class size of thirty students who would rather be getting a root canal. However, it wasn’t the lessons themselves that resonated.   These days I can’t tell you how to do a geometry proof. I'm not sure I could map the covalent bonds on a sugar molecule.  I don’t remember Bastille day.

And even though these days I pay my bills with writing, I still need to look up lay and lie.

The teachers I remember decades later didn’t teach me what to learn; they taught me how to learn. They gave me confidence, showed me how to find the path, challenged me. I can find Bastille day in five seconds on my phone, but knowing why the French Revolution was the first domino of modern history is much more complicated. I can reteach myself the covalent bonds of a sugar molecule in five minutes because I know what a covalent bond is and how they work.

I remember those teachers who taught the how even though it was harder. The ones who answered my ceaseless questions for hours, who scaffolded with games that ate their seat time, but to this day help me understand the alliances that led to WWI. I remember the directors who gave me a sense within all future artistic endeavors of how much work lay between “I can’t even read this music” and so many trophies they wouldn't fit on the bus.

And I remember Mr. DeCoster.

I remember him particularly. I took him more than any other English teacher, always going back to him if he was an option, even for that Film as Lit coast-a-thon that my parents insisted I could only take if I did American Lit simultaneously. (“I get to watch movies for English credit and the only downside is he’s going to interrupt every minute to tell me what’s happening? That’s AWESOME!”) I couldn’t have told you at the time why I liked him so much. I vaguely hated school and most teachers were sort of “the enemy.” But decades later I still remember with how much poise he could navigate a classroom lesson. I don't remember the gerund vs. infinitive or how to analyze A Separate Peace. I remember how he never let us forget the tremendous power and gravitas of language to hold sway our hearts, but somehow also never let us take ourselves too seriously either.  A "Fenork" if I forgot my homework. A "Good man Stan!" if I remembered it. But he never let the levity float out of his reach either–we were learning the language of Shakespeare and Faulkner and Twain, and we weren't going to forget it.

He threaded that needle of laughter and profundity with such a casual grace that the only word that springs to mind is from Victorian court: sprezzatura– the skill so practiced that it can be performed in a way that makes it look easy. He drove the too serious and the not serious enough to apoplectic irritation, but even that never got to him. It was almost as if he knew how to teach despite us.

Lastly a story: It was late fall and two football players came in to discuss their failing grades. I won’t mention their names, but I knew them both. They were ineligible because of their grade point average and the CIF playoffs hung in the balance. We were doing well that year. The players were going around to get their grades improved so they could play. It would be some time before I realized what an indictment of so many things at Canyon High their sheer audacity signaled.

DeCoster was having none of it.  “Hell no! I’m not going to change your grades!” he practically laughed. “Oh fenork! You earned those grades. Why would you even ask? Do other teachers do this crap for you? Get out of my class.”

Not a day goes by in the world around me–a world that in the last year and change has tried so very hard to chip away at who I am and what I believe is right.....  A world that asks me to compromise my integrity and take the path of least resistance…. A world where it is becoming easier to keep quiet if you're not the ones they're coming for....

Not a day goes by that I don’t remember that lesson of integrity and probity. Not a waiver. Not a pause. Not a hedge. Not a blink. “Hell no!” he said. How could they even ask?

Sorry if I can’t keep those misplaced and dangling modifiers straight, Mr DeCoster, but you taught me some pretty good stuff all the same.
at December 08, 2017