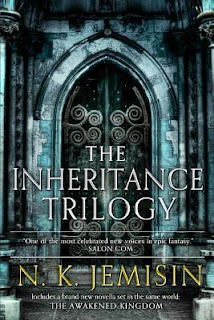 What is the best fantasy book written after 2010?
OUR FINAL ROUND IS LIVE!  COME VOTE.
Remember this is a poll. These ten choices came from your nominations and the best of two semifinal rounds. If you don't come to the page and vote, your comment will disappear into the ether of social media and be all but forgotten in a moment, but if you vote, the results will go on our results page for YEARS (at least until the next identical poll).
As I said above: a nomination process and semifinal rounds shaped this poll. I didn't "leave out" your favorite. If I picked the choices for the poll, there would be a lot fewer white dudes. I just record what y'all write in and vote.
I do want to stress one thing. This poll is about books. It is not about Paul Blackthorne running around Canada. This is about written literature. I don't care if you liked The Dresden Files TV series. If you think Butcher's writing reveals a chronically sexist author, vote for something else.
This poll will probably be up into August. As always happens when I have semifinal rounds, I've been running a lot of posts that are just results and reminders, so I'd like to focus on some actual writing (about writing).
Everyone get three (3) votes, but that there is no ranking, so using as few votes as possible is better.
The poll itself is in the lower left at the bottom of the side menus.
I'm told if you're on mobile you have to click "webpage view" then scroll alllllllllll the way to the bottom, you can find the poll. But if that doesn't work either, you are experiencing a problem that is not common but is normal, and you can go right to the website here: https://poll.fm/10582371
at July 20, 2020