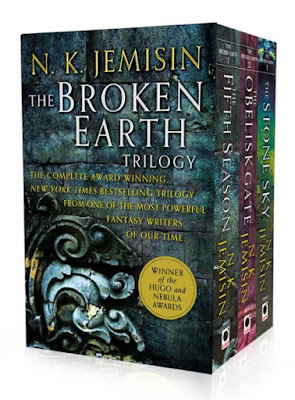 What is the best very fantasy book (or series) written after 2010?
Don't forget to vote! Your nominations have formed our semi-final polls, your votes on the semi-final polls decided which titles made it to the final round. And now it's time to make your voices heard. I'm going to wrap this poll up and post results in mid August, but DO NOT DELAY. It will be over before you know it. So take a moment to vote for your favorite fantasy genre book or series that has come out just in the last decade.
And don't forget that the poll will let you vote again after one week. Since I can't monitor or stop the shenanigans, I encourage it. Vote early. Vote often.
Everyone will get three (3) votes. Use them....wisely.
The poll itself is on the bottom left of the side menus, below the "About the Author." If you're on mobile you have to click "webpage view" then scroll alllllllllll the way to the bottom, you can find the poll. But if that doesn't work either, you are experiencing a problem that is not common but is normal, and you can go right to the website here: https://poll.fm/10582371
at July 30, 2020