Writing about NOT Writing (Personal and Meta) 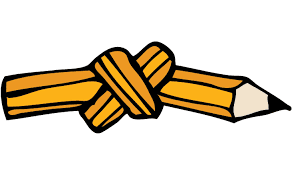 I had a plan for today.

I was going to post the best of May and June (combining them because both were lackluster at their parts and that's just how life is going here in the age of Covid-19).

Tuesday I was going to remind everyone to vote. (On the best contemporary fantasy semifinal poll, I mean, but you should also totally VOTE vote––if it didn't matter, certain people wouldn't be trying so hard to take it away.)

Wednesday....well anyway you get the idea. I had a plan.

Now, this is what I'm writing instead. Not because this is nothing––a fact of which I'm going to have to remind myself of throughout the day when I'm dealing with my imposter syndrome and feelings of guilt––but because this is what is left. I'll have to slap it up on my way out the door. I'm not even going to have time to run it past my editor, so forgive me for the missing commas and compound adjectives without dashes, and just know that it's not on her.

I love writing and for the most part I love my job. That might seem like a redundant statement, but it's not. You can enjoy writing exactly when and how and where and for as long as you want as a hobby, and even fling stuff around when you want for some spending money, but the minute you want writing to be your paycheck, you're going to spend some annoying-as-fuck days doing shit that isn't writing and you don't want to do.

I maintain a page on Facebook. People there discovering my writing and then becoming Patrons is probably the reason I am a working writer. So it is absolutely a vital part of my writing career, even though it's not writing. And most days I enjoy my work there, for the most part. I hide a few comments, delete a few comments, ban a few bigots, but for the most part, it's pretty okay as far as the not-writing stuff goes. Every writer who wants to be a working writer has to promote their work aggressively (even household names do book signing tours night after thankless night), so this is a reasonable way to achieve that reach.

But every once in a while, I post something that is just an irresistible honeypot for bigots. And unless I want them to drive everyone else away (I don't) or to just let the comments be the wild west like they are elsenet (also no), I have to moderate the comments, hide the "terribly-clever-and-original" reply that the SQuiD doesn't even realize has been said (with even the same fucking wording) fifty-times already. (Being unaware that they are clone copies of each other is part of their clone programming.) 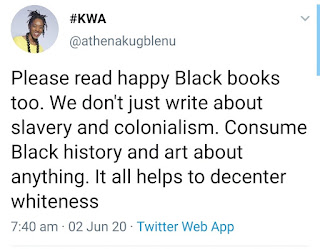 People saw this, and suddenly poo-crusted howler monkeys looked like the wizened sages compared to them.  The edgelord SQuiDs made sure everyone knew they did not bother to know such information, but limited themselves to GOOD books. Some said "FUCK YOU, I WILL NOT BE DECENTERED." And the whole thread became a landfill inferno of racists, people who are "Not racist but...", who think if they dress their bigotry up in a trenchcoat and give it one of those Groucho Marx disguise glasses, everyone will totally be fooled. And of course just a deluge of folks gushing forth who maybe just don't understand that in a world where all the systematic and systemic levers and pulleys of power benefit one group, if you do NOTHING to dismantle such systems, the results that come out the other end will continue to always be racially unequal.

Six hours now I've spent banning racists and deleting comments.  I've mostly only removed the WORST offenders, and still I had to give my page six hours of labor on a Sunday for that one little post.

I could have written a whole well-researched article in that much time. I could have prepared for this week so that by Thursday, I wasn't writing one of those self-flagellating posts about how I don't write enough. I make 15% of my rent if I nanny for that long. I could have finished up season 2 of Avatar: The Last Airbender. I could have taken a big bite out of Luigi's Mansion which I'm going to have to give back to its owner as soon as he gets bored with Mario Kart. I could have masturbated like six times. But no....I went cross-eyed reading comments to try and scourge the racists from my space. Because people see "decenter whiteness" and absolutely fucking lose anything resembling a sliver of composure.

And they call US snowflakes.

(And don't think for a second if I only stick to fluffy that people won't wonder why I'm not taking a stand on certain issues.)


And don't even get me started on Thursday and taxes. I class as a freelancer but because Patreon, Paypal, Venmo, cash, and my A.C.A. health plan all require paperwork, I still spend an entire day gathering documents, even though I hand them to an accountant like I'm a Pakled.

Anyway, the point is, inasmuch as I can make this post something useful to share with writers, when you shift from writing as a fulfilling hobby that maybe even gets you a nice evening out worth of dosh once every a coupla blues (that's blue moons, friends in case you're having trouble keeping up), to that moment where it's your day job, you're going to have to spend some time NOT writing. All the florid prose in the world about how much you just looooooooove writing and it makes it all worth it isn't going to prevent you from being nip deep in shit you would rather not be doing.

And that totally isn't writing.

The real pisser of it all is that not all of it will be stuff you can plan for. Some days will just show up out of the cliché and kick over your sand castle.

I can't tell you what it will be. Could be an argument with your agent. Could be a last minute promotion. Could be making sure that Nazi scum isn't worming into your self-promotion space hoping that you don't have a firm grasp on the paradox of tolerance. But whatever it is, you better know that it's out there and it's going to turn some days into banal shitstorms of taking care of business instead of the gloriously inspired rainbow pixie dust bukake that you've imagined a career in arts to be. I'll admit that I love my job, but it's a job. It's work. And some days suck ass in the totally not fun way.
at July 13, 2020