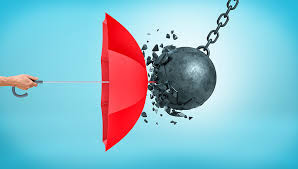 So I'm trying something a little different here.
I'm writing two posts about the same thing. Not a two-part post (I do those all the time), but rather a two-facet analysis of the same event. One is this one: a pitfall of attention which those on the margins of fame (or further in) should navigate carefully, and the other: a NOT Writing About Writing "navel gazing" post about the same situation and how I'm dealing with it.

Remember, I'm not famous, but parts of my life have juuuuuuust started to bend that way, and so I write about it.
I've written before about the intense attention that can come from maintaining a high public profile. Sometimes that attention is even sexual or romantic. But it can also be extremely mercurial. People don't like me because they like ME. They like me because they have projected things onto me. (They also sometimes DON'T like me because they have projected negative things onto me, but that's a whole other foxhunt.) And that affection and attention can disappear instantly for any number of reasons.
I can't tell other people how to be moral agents with whatever fame (or in my case vestiges of proto-fame) the universe has bestowed them. I've heard of famous actors and musicians who treat their enamored fans like absolute shit––demanding "nudes or GTFO" or other tactics to "haze" them. That just seems like a particularly craven way of looking at the complexity of that power dynamic.
For me, it's very important to protect people who might be approaching me as if I'm on a pedestal or may have a harder time with boundaries because of the power differential. Which is a complicated way of saying I try really hard not to take advantage of fans. (The "groupie threesome" jokes were fine and well when I was profoundly unknown and they were patently absurd, but you'll notice a dramatic phasing out once it was less of a joke.) From their point of view, they're taking the entire chance of rejection to do the reaching out in the first place. I try to keep that in mind.

They may be in a vulnerable position and reaching out to someone they have sort of created in their mind. They may be trying to ameliorate some sort of pain with someone they think is kind of "safe." They may be caught in a feedback loop with finding polite-but-non-flirty attention wonderful and feel that they need to "up the stakes" to keep it going. There are a lot of reasons to be careful and not exploit that power dynamic. It's important to get to know people for a good long while and let a human rapport develop independently of some sort of fan/artist-entertainer dynamic.
It's been a learning curve dealing with the beginnings of quasi proto-fame, but I've started to realize that there's another set of feelings I wasn't taking into account.
Mine.
One of the frailties I have as a writer is an inkling of understanding of just how powerful words are, and a sadly insufficient skill to wield that power quite the way I want to. I'm fairly certain we only need to take off one sock to count those writers who ever REALLY could (at least in any given language). The rest of us are forever apprentices and never masters. But the power of words is undeniable––the sheer force they are capable of exerting. And a skilled wordsmith can forge and bend and shape ideas until they are nearly perfect.
There's more to crafting a kind of enduring cultural narrative than a perfect wording, of course, or Jonathan Edwards would have successfully caused many more to give up The Great Awakening and returned to 18th-century Protestant ethics after reading Sinners In the Hands of an Angry God. Repetition is important. Cultural reinforcement is important. Seeing it everywhere is important.
But there's still this part of me that does believe, at least in theory, that I if could just word things...perfectly, I could change the world. Alter perceptions. And of course change people's perceptions about me and affect their emotions profoundly. This alone can make me particularly vulnerable to people who say, "I love your writing," and PARTICULARLY, ESPECIALLY vulnerable to people who say, "Your writing has made me love YOU."

Because that's sort of the dream, isn't it. To be like, a not-creepy, good-guy version of Wormtongue. (Maybe named Adroittongue––which could be awesome in more than one way.)
And you have to be very, very careful when someone cute as fuck with goo-goo eyes walks up to you saying just exactly, precisely what you want to hear about your writing. Even "Maybe we should get to know each other first," might not be quite enough protection.
I think all artists and entertainers and people in the public eye with a higher profile have to be a little extra careful when they get exactly that kind of adulation and uncritical attention. It feels good. But we're not just protecting the other person from power differentials and their perfunctory impressions of our faults and the sometimes unexamined wants and needs.

We're also protecting ourselves.
These folks might be crushing badly, but have a life that just can't handle you in it, and they really just want the validation of knowing they COULD. They aren't going to bother to stop and think if they SHOULD, until they reach a point where the issue is forced. They might want to know they're still desirable because it's been a dry spell, or their partner is distant. They may find you beguiling until you start to move and talk like an actual flaw-ridden human instead of the paragon they imagined you were. They may find you enchanting in a fantasy way, but there is someone "real" who they'd rather be with, and the minute that is a possibility, they turn away. They might just be extra thirsty because your selfie game is totally on point, but the chemistry test goes badly. They may even simply get distracted (or perhaps YOU were the distraction) and fade away because they never completely saw you as a human being with feelings that little ol' THEY could hurt.
They may be using YOU.
Things like this happen to everyone. It's life. You move on. Sometimes they're just not that into you. Sometimes you're the "safety crush," and they get accepted by their "reach crush." Sometimes things change. Sometimes someone doesn't look in the mirror and tell themselves, "This is a bad idea" until they're right on the edge of not being able to take it back. And I've had relationships that started exactly this way go on for years (and are still going) and that ended in a way completely unrelated to pedestals, and fame and whatever else.

But if you're managing some level of fame, you might find this sort of interaction happening not so much as a "Hey, that's life," pace, but more like a couple of times a month. That's just because you are in a position of high exposure (and possibly vulnerability) to it. And you're going to have to learn to deal with it if you don't want to shrivel up and hate everyone who ever sends you an e-mail that they think you're great, with an offer to maybe get a cup of coffee some day.
I came up with my own way to navigate these moments, but whatever you do, be sure and consider your own feelings in these interactions as well as the other person's.
at July 28, 2020