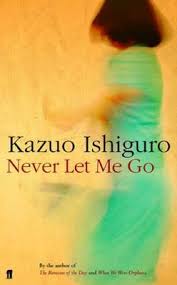 What is the best CREEPY Dystopia book (or series)?

We need your nominations!

So I went to start up the nominations for a best horror poll in honor of Halloween (thinking it had been years) and I discovered that I had only just done that poll this last year. Well, we can't have best horror polls showing up annually just because they're timely, so I decided to do a slight variation on a theme.

1- The world is deeply fucked up. Let me show you how fucked up it is and maybe Tris Prior or Katniss Everdeen will do some thrilling heroics to attempt to make it a little less fucked up.

2- Everything seems fine........at first. But it isn't....oh hell is it ever not. And the longer you read, the more fucked up you realize things are.

This poll will be concerning itself with the second type. Not that the first type isn't fun, and we've even done a couple of polls over the years about them, but in the spirit of creepy and at least SLIGHTLY Halloweenish, we're turning to the second type for our poll. Unfortunately we won't have enough time to have the results of that poll on the 31st, but we will probably have a good list (and suggestions for some of your TBR lists).