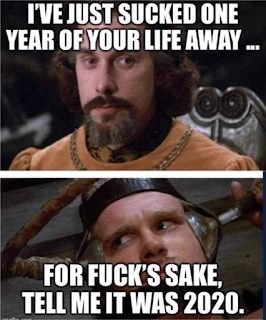 A collection of the best memes and statuses from Facebook over the period of Sept 1st-Sept 15. Also, as a small reminder to everyone, at least until after the election, and probably until after Covid eases up on the throttle (and allows me to go do some of the activities that ameliorate my ADHD), I will be doing a LOT of my writing on my public Facebook profile. You're welcome to follow me there, or you can just wait here for the "greatest hits" compilation posts like this one, but until some of the current events working to shatter my attention span are a lingering memory, much of my writing comes in bite sized chunks and I just am not able to match my previous posting schedule. 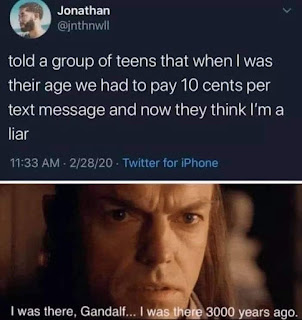 I've gotten a bit behind on these compilation posts, so I'm going to catch up over the next couple of days. This will serve a double purpose as I am basically all but useless on the writing front. (I can sit down and do busy work like compiling some FB posts, but my creativity is all wrapped up in the election a few days away.) I'm currently researching a new polling program. (I'll probably go with Google at this point––most of the "free" programs limit responses, and I'm not going to pay $20/month for access to something I use once every couple of months.) I'll be putting the poll up tomorrow in honor of spoopy Halloween.

Also, just as a reminder, I always take the week around an election off from blogging (I'm just a mess and my mind is DEFINITELY not on writing about writing), and this election in particular might require civil unrest to ensure the votes get counted. I'll be back as soon as I can, and hopefully that's the 5th or 6th, but there's every chance it might be the next week or longer depending on how this all goes down. 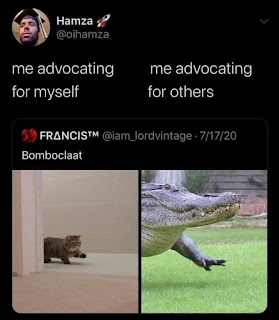 Get the ol’ AQI high enough (around 300+ish) and suddenly everyone braving the outdoors magically comprehends that the mask goes over your nose and that they won’t suffocate from having it on. 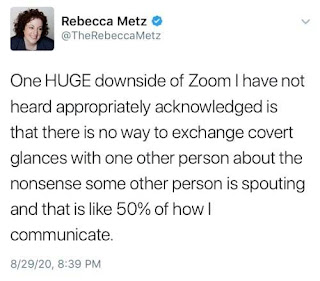 Sweet Pea, the U.S. political attention span is not SO short that I don't remember the 33 Benghazi hearings to produce a 600 page report because "a politician's choice led to the death of four Americans, and I want some answers."
So if you're blowing off an audio recording of Trump literally saying he knew how bad it was before two hundred THOUSAND Americans died (up to 80% of whom every epidemiologist on Earth says didn't have to die if we'd worn masks, stayed home, flattened the curve, and invested in tests and contact tracing––all which could have been encouraged [rather than discouraged] without causing panic), you've told me everything I need to know about your (lack of) priorities, your (lack of) integrity, and your (lack of) character.
You don't need to say another word, Pumpkin. In a very Maya Angelou sense, you just told me who you are. 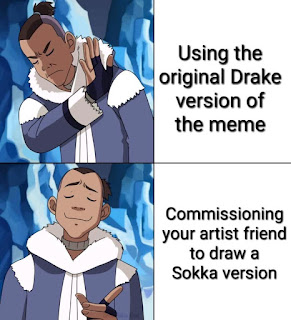 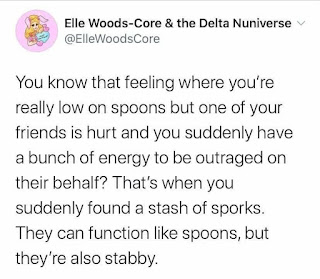 To any moderates still rationalizing their votes as purely economically motivated:
Please understand that when you boil down your complicated "economic anxiety" or stock-market-performance rationalizations for supporting someone you admit is doing legislative harm according to a guiding principle of bigotry, you have not exculpated yourself from that bigotry. You have not washed your hands. You have not set yourself apart from the party and the party's leader to whom you are giving power. You are not better than.
No, all you have basically said is this:
"I can be paid off to look the other way while 'certain' people are hurt and killed, and that price is lower than you might think." 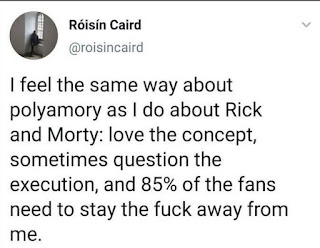 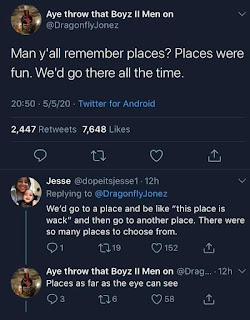 You WILL be governed.
And like it or not (I don't), you WILL be governed by one of two candidates and their administration. The idea that you have a third option is fanciful.
And the decision as to which will govern you will be ENTIRELY made by people who show up and take part in the choice between those two. Entirely.
If you don't show up, if you don't take part in that decision...it will still be made.
For you.
By those who did. 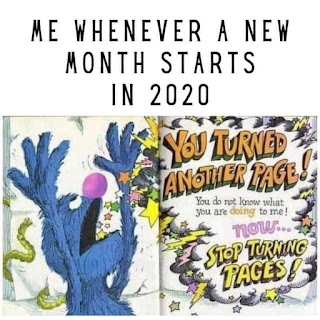 If this "loser" thing damages Trump in some sort of real way, we should of course be grateful that anything could, but also never forget that literally no amount of racism, misogyny, transantagonism, or xenophobia could do what calling vets losers did.
at October 30, 2020