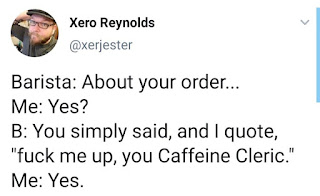 A collection of the best memes and statuses from Facebook over the period of Aug 16-Aug 31. Also, as a small reminder to everyone, at least until after the election, and probably until after Covid eases up on the throttle (and allows me to go do some of the activities that ameliorate my ADHD), I will be doing a LOT of my writing on my public Facebook profile. You're welcome to follow me there, or you can just wait here for the "greatest hits" compilation posts like this one, but until some of the things that have me in "panic mode" and shatter my attention span are a lingering memory, much of my writing comes in bite sized chunks and I just am not able to match my previous posting schedule.
I gotta tell ya, it takes a special level of political nihilism to see the USPS under attack (explicitly to suppress voting as stated by the leader of the GOP), Ukraine solicited to be part of a conspiracy to subvert a democratic election, Russian psyops (and with at least a few people, collusion?), Cambridge Analytica, disenfranchisement laws, voter ID laws, gerrymandering, and everything that the right wing (always, fucking ALWAYS, the right wing) is dedicating tens of thousands of hours and hundreds of millions, perhaps billions of dollars towards, all while lying through their teeth the whole way about "fraud," to take the votes away from people...

...and to conclude that voting can't make a difference.

If votes didn't matter, they wouldn't be trying so, so, SO hard to steal yours. 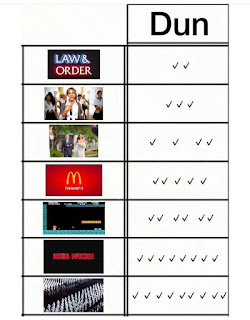 Your friends on the west coast aren't just whining about fop sweat and swamp ass.

This is the worst heat wave in 70 years (and we're already dealing with multiple fires that are only going to get worse and kill the air quality). Rolling blackouts are happening and more are promised as PG&E shuts down places where their equipment hasn't been upgraded, so they're at higher risk of fires. It's extra bad sauce over lightly seared double plus ungood with shaved yikes on top, all placed on a bed of baby "OOF!."

Plus places (like mine) that don't have A/C––because being next to the water means it isn't needed, 99% of the time––don't have the infrastructure to deal with sustained heat that is bad by 9am, lasts until midnight and goes on for days. Also, all the places one might go to beat the heat, like a pool or the movies, are like level eleven exposure threats for Covid-19. So we kind of just have to sit still and hope not too many people die––quite literally. 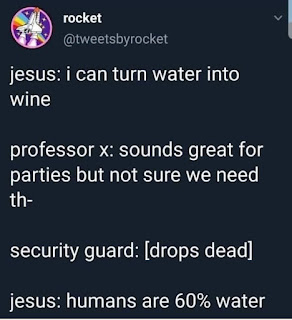 I can't tell you what will happen if lefties show up en masse, dominate the political discourse, crowd the DNC meeting so that the platform of the party MUST include more socialist items, force politicians to be accountable to the left, vote down ticket, and give a crap.

I can't tell you because it's never really happened before (at least not in my lifetime). Someone managed to convince a whole lot of us that we needed to carry our uncompromising activism ideology into mainstream U.S. politics. I sort of wonder if those who stood to gain from our apathy may have had a hand in it, but it makes people mad if you suggest they have ever in any way been influenced by anything other than their own preternatural perspicacity.

But AOC and "the squad" are an example of it in a few isolated districts, so I have some reasonably high hopes that it would be pretty fucking awesome.

What I CAN tell you is what happens if we DON'T show up, have miserable turn out in our demographics, disengage except for the flashy elections, demand unrealistic things that the country doesn't have the political will for (or we won't play), call the labor class folks who aren't seeing it our way "bootlickers," and when we do vote, we do so as IF we magically don't live in a capitalist country with a two-party system.

I can tell you that because I've had considerable experience with it. In election after election. Even though there are way way more of us than them.

The answer is nothing. Nothing will happen.

And more often than you might think, the answer is that even though there are WAY more of us than them, we will by inaction cede our power to the Republicans who will govern in a way that causes us demonstrably measurably greater harm. 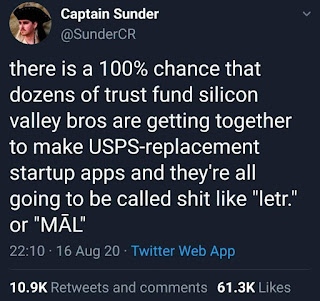 So far I've asked three people [it’s now seven] to read both parties' platforms and tell me exactly which issues their "basically the same" is based on.

People just get into their narratives, and they don't even care if they're even actually right. Primary season righteousness is a hell of a drug. 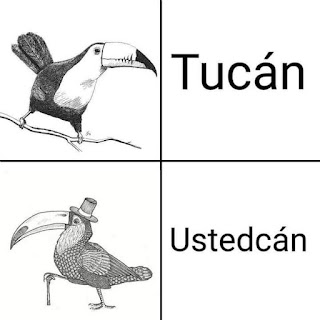 When I think about all the people who would be absolutely DELIGHTED to see me not vote (or expend my vote for someone who cannot win)––the so-called alt right, Nazis, white nationalists, white supremacists, QAnon, the current administration, Russians, xenophobes, racists, homophobes, sexists, transphobes, maskholes, Betsy DeVos, Mitch McConnell, fascists, election stealers, evangelical Christians, Trump who equates opposition with hatred and wants me to stop opposing him being the king of America, folks who want to sacrifice the vulnerable to reopen the economy, those dillholes and their tiki torches shouting anti-Semetic slogans, voter suppressors, and just this unfathomably massive WALL of cishet white men telling me that bigotry is over, they really don't have any advantages, and to just shut up about it or they'll MAKE me......

When I think of all of them cheering me on, goading me to "fight the power" by abstaining......

...I get a little contrarian.

My deadline to register to vote is Monday, October 19. Do you know yours? 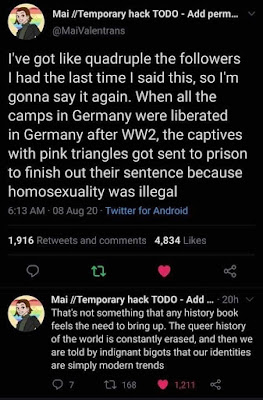 If you're polyam and you ever get lost in the forest, start telling a story about BEING polyamorous.

Almost instantly, someone will show up and say, "Oh, *I* could never do that!" Then just ask them how to get back to civilization.

Don't worry. They'll show up. They always do. 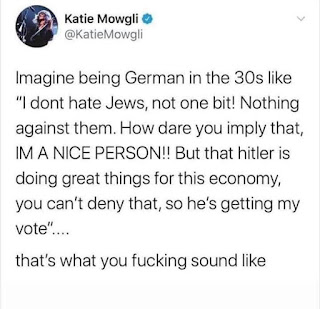 The reason the DNC is okay losing the far left is because we demand they touch the third rails or we won't show up. The compromise, the money, and even the votes that WILL show up are in the center. Leftists will never drop enough dank memes that the power brokers have a crisis of conscience and abandon their entrenched power to left-wing populism, and the revolution that people love to talk up gets a lot of vulnerable people killed.

What we actually have to do is the harder work. Less romantic. Less swell-of-music-and-it's-over-in-one-night. More long game of harm reduction while we DO THE WORK. What we need is a long, sustained ground campaign to win hearts and minds to our ideas. We need a thousand baby steps we don't find sufficient or maybe even acceptable.  But right now, we don't have those hearts and minds. Because we are acting like the ideas sell themselves. (They don't––at least not when most of the culture is somewhere to the right of center.)

Leftists are out here making absolutely damned sure people know we're NOT liberals (Oh nosiree!) We're calling the labor class bootlickers if they don't agree with us. When what we NEED to do is convince them why we're right. We need to SHOW them a better way. We're never ever ever EVER going to win until we HAVE all those liberals (that includes a violent revolution, bee tee dubs). All we'll be able to do is an endless cycle of harm reduction vs. purity politics and we'll be right back here in 2024 (if there's an election at all) just like we are right now despite 2016.

But there is no yardstick, no bellwether, no indicator or barometer by which our goals and objectives would not be UNFATHOMABLY easier under a Democratic administration and infinitely, impossibly harder in the NEXT four years of Trump's America. 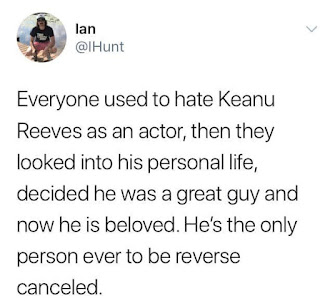 Democrats Are Not Just As Bad

My own article from NOT Writing About Writing made the cut for one of my best posts. Seriously. It was like over sixty shares. My jaw hit the floor when I saw that. 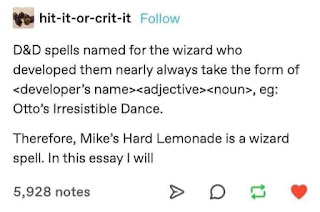 If you can wake up, look at the news of a Black suspect shot seven times in the back while trying to break up a fight, and start scrambling to find reasons that he somehow deserved to be extrajudicially murdered by the state, but think that armed rioters shoving their way past state troopers in Idaho into a legislative session not being all killed is not just a DAZZLING display of white privilege, then you don't WANT to see it, and your motivated cognitive dissonance isn't something the world owes you to try and diplomatically massage away. 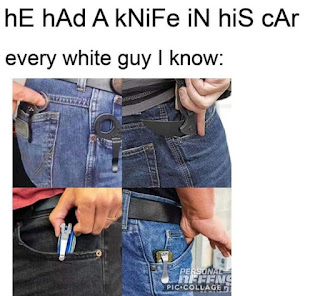 Just so those moderates (and no small number of liberals) know… 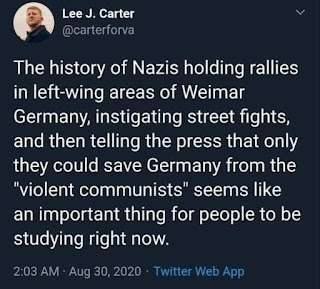 The next step is that these people, who––I absolutely PROMISE you––so very very badly want to go **HUNT** some liberals (particularly BIPOC ones), organize, find a uniform of sorts, and ask Trump for the "official" nod of approval. (He has tacitly approved of them for years.) The official word will be that they're still subject to the law, but the cops will have their backs and a chummy relationship with them, and when these vigilanties gun down protestors with tacit approval from police and the state, we will witness same rush to exonerate and blame the victims.

And do you think the guy who has asked people to beat the crap out of protesters in the past and assured people soldiers would commit war crimes if HE ordered them to and sent police to do illegal things even while the brandy-sipping, monocle-wearing self-appointed constitutional scholars assured us, "He can't do that," is going to even PAUSE when handed the fealty of what is basically a "radical liberal" HUNTING party that suppresses protesters he doesn’t like, intimidates, voters he doesn't like, and puts the fear of protesting into those who would assemble that he doesn’t like...... Do you think THAT guy is going to consider this bad idea?

And then we have Brownshirts.