Best Fantasy That Could Stand Alone, but Doesn't (Book Recommendations) 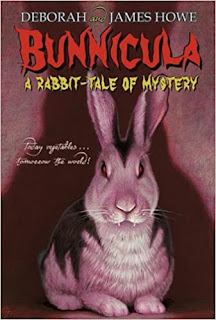 What is the best Fantasy Book that COULD stand alone, but is (technically) part of a series?

Maybe it's part of a trilogy, but the other books are absolutely lackluster. Maybe there are companion novels written in the same world and with overlapping characters, but just were not up to the One Book™. Maybe the author wrote a sequel or a prequel years later but it is their foundational work that really gets attention. Maybe you've never even HEARD of the other books, but found out they exist when I didn't put your recommendation on our last list. But in any case, they are books that ARE part of a series, but could (and maybe SHOULD) absolutely, totally stand alone.

We had the same problem with our last poll as we did the one two before it. That is, I asked for stand-alone titles and got a BUNCH that were technically part of a series. So it seems clear that we need to run a book recommendation thread JUST for those books. Now is your chance to drop fantasy on here that is part of a series (or world saga) but could also completely stand alone.

I normally don't run a post on Thursday, and I have been having A WEEK, but I owe you from yesterday.

Remember, instead of trying to figure out what more people think is the BEST (which usually turns into which book has the coolest movie adaptation anyway), we're just going to have a nice chat about good books and all come away with some suggestions for our To Be Read Pile™. We'll still have the system of seconds (and "thirds" and "fourths" and…well, you get the idea), but all that will really determine is which goes to the top of the list when I post the results. You can go HERE to see what the results will look like when all is said and done. And I'll link out the original nomination post for folks who want to go see what people are actually saying about the book. Eventually these posts listing the results will be compiled in a massive "book recommendation" post.

Today we're doing "stand alone" fantasy that isn't ACTUALLY stand alone. But to be clear, we're talking about books that absolutely could stand completely alone (and were maybe even intended to had the author not gone back to them), not just "the exceptionally good first book in a trilogy" or something. (Think The Shining or The Witches of Eastwick and not so much The Hunger Games.) These are books that could (and maybe SHOULD) have never had sequels. Planned trilogies (or whatever) that happened to have exceptionally contained narratives technically shouldn't go here.

Because folks voted for some of these books on the "Stand alone" poll, we have a small list already ready to go! But do notice there's no copyright year limitation, so the book can have been published before 1980, unlike our last poll.

Mrs Frisby and the Rats of NIMH, R. C. O'Brien

Bridge of Birds, B. Hughart

The Dark is Rising, S. Cooper

Over Sea Under Stone, S. Cooper