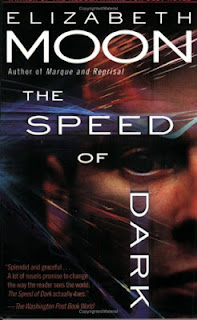 So there has been some confusion and I've gotten some questions about the "stand alone" criteria  It doesn't mean it CAN'T be part of a larger body of works; it means that it can be fully appreciated as a work without needing the context of the book before it and without leaving the story unfinished.  For example Star Wars could stand alone as a story without its sequels or prequels, but The Empire Strikes Back is considerably easier to follow if you have seen Star Wars and obviously isn't concluded at its end.  Many books have been written as a single book and later added to or are desecrate enough that they act as stand alone books.  Dune would easily stand alone as a single story even though like eighty multi-generational sequels came afterward.  The Hunger Games could be a stand alone book since the last two bottles of the trilogy were clearly written after the success of the first.  The Fellowship of the Rings would not be.  (Though The Hobbit could.) Any of The Chronicles of Narnia could stand alone.  Mostly though if you feel like it could stand alone, go ahead and nominate it.  I trust your judgement.  If you thought Harry Potter and the Philosopher's Stone stood alone I would accept that, and if you thought it didn't, I would accept that too.
Posted by Chris Brecheen at 1:35 PM