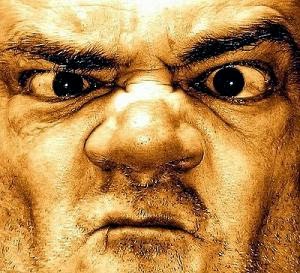 1. You ask them for their publisher/agent (or ask them to promote you).
2. You brag about how you don’t pay for books.
3. You give them unsolicited advice.
4. You tell them you’re going to write a book/be a writer...someday.
5. You delight in their every grammatical failure, or conversely, constantly tell them how bad you are at grammar. 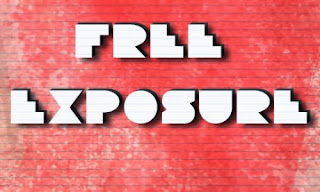 6. You use the phrase “free exposure” in their presence.

Whether it’s someone trying to get freelance writing for free (which is not why it's called freelance bee tee dubs–please goatse yourselves now) or someone downloading a book through Torrent instead of paying for it, the words “free exposure” are the kiss of death for artists trying to pay a bill or eat something other than Ramen. They are words that cross their lips of thieves in a world where slavery and shoplifting are frowned upon but unpaid labor and free art have chic, socially acceptable faces.  It is the sweet little lie that helps pirates sleep at night once all the rum is gone.

You don’t tell your roofer that they’ll be getting great exposure by doing your roof for free. You don’t tell a janitor that if they clean the lobby of your sky scraper for free they’re getting in on the ground floor of a big opportunity (even though that would be like a rocking good pun). You don’t stuff books you haven’t paid for into your pockets at Barnes and Noble and head for the door because if you like it you’ll put out the good word for the author on your blog.

Yes, it is an unfortunate reality of the digital age that writers have to learn new ways to make money being writers, but if you admit to being one of the reasons why, they’re not likely to cozy up to you. And while there are possibly situations in which "free exposure" might not be uttered with impetus intended to screw over a writer, it's a bit like going into Burger King headquarters and saying "I'm lovin' it" about everything.

It's just not going to go over well.

7. You hector them about success.

“So when are you going to be published?”

If you could say something that feels more like nails on a chalkboard to the soul of a writer it would probably have to involve explicit carnal knowledge of their mother. Writers all move at their own pace, and most are not serious enough about their hobby to EVER be published.  But those who are serious about writing (and also those whose fantasies for success greatly outstrip their willingness to work) are absolutely, positively aware--in almost every moment of every day--how far they are from achieving their dreams.

You're being a used enema nozzle to keep reminding them.

Unless you're one of those people who thinks it would be awesome for someone to constantly ask you when you’re going to get that promotion you’ve been hoping for for the last five years, you can pretty much assume that the fact that they are a writer won't prevent them from hating you. If you are one of those people who thinks that would be awesome, you probably have no friends, and the fact that writers avoid you is just kind of par for the course.

It is possible for this to land as a sincere compliment (“When am I going to see that wonderful manuscript I read picked up by some publisher who knows what a gem it is?”) but usually it’s comes across as a way of pointing out that the writer isn’t “real" or that they haven't achieved some external bellwether of validation.

8. You treat them like their work is no big deal.

For some reason people can imagine that walking up to a welder and saying “I could have welded that better than you,” a manager and saying, “I could have managed that project without as much trouble,” or an advertising executive who lands an account after a year and saying, "that's not such a big deal," is kind of obnoxious.

Seems pretty obvious, right?  You would think so.

However, for some reason when it comes to telling a writer “I could do that,” or "That's no big deal," people think it’s totally okay, and even that writers kind of want to hear such things.

You are being a flaming turd enough by claiming that nothing they did is outside your vast skill. (Because writing published work is so easy, right?) But to presume that you would have had the tenacity, the discipline, and the patience to see a major writing project through makes it so much worse--to say nothing of the mental fortitude required not to have a nervous breakdown through these steps. If you are unimpressed by the Herculean effort required to see a book through to publication, you probably want to just keep your mouth shut around writers.  Oh and avoid any transparent facial expressions.

Maybe you could have done it.  Maybe.

And rather than explain this distinction to you, most writers would prefer to just hate you from afar.

9. You start right in on what you didn’t like about something they wrote, especially if you don’t even introduce yourself or say hi first.

A writer has to be receptive to feedback.  And far too many writers are sensitive little desert flowers about being told they're not geniuses.

But damn it, we’re just people.  There's a time and a place. Imagine someone walking up to you when you’re off work and telling you all the stuff you did wrong at your job last week.  (“Hey Bob, welcome to my housewarming.  Have a hotdog. By the way, those stitches you put on the DeLaney kid were a little loose!  What were you thinking?”) That’s basically what you’re doing to a writer.  There is a time and a place, even for a writer who can stoically endure the most scathing criticism, but sometimes they just want to do jello shots and fairly compensate the sex workers of their prefered gender for their hard and legitimate work.

Now imagine you've never even met this person. They don't say hi. They don't tell you who they are. They just start in on you. You'd probably look for the door and do your level best to avoid the shit out of that person.  For the rest of ever. And a writer will do the same to you.

You’d be surprised how many people try to sell you their great idea for half of the profits.

Unless you're a writer, that is.  Then you wouldn’t be surprised at all.  Mostly because there is about a 33% chance that anyone who finds out your a writer will make you this offer...and think they're doing you a big favor to do so.

Imagine this in any other business and you realize how stupid it is.  (“I have an idea for a game.  I will tell you my idea. You do all the design, programming, marketing, distribution, and then give me half the money for doing nothing when the checks start rolling in.”  Yeah....no.)  But for the same reasons that people think books write themselves, fairies do revision, and publication is child's play.  Really, all you need is a good idea.

Ideas are cheap. People think a good idea is the money shot in art, but it really isn’t. Ideas are a dime a dozen. Everyone has a great idea or three for a book/movie/video game. The work and effort to realize an idea is what makes an artist. The will to see an idea realized is the real money shot. Claiming an idea alone is half the effort, shits on what a writer does and all the real work that is involved.  Keep it up, and the writer will surely begin to hate you, or at least do their very best to avoid the crap out of you.