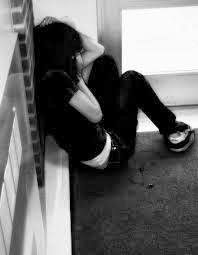 Unlike many artists, I usually do pretty well in that struggle.

I have not had a good week this last week.

I don't know where the cart or the horse work out their differences when it comes to artists and their mental demons, but the connection is hard to argue.  Even artists without clinical bipolar diagnoses, the predilection towards mania and depression, and the chemical addictions that often accompany the artist's attempts to self medicate their extremes is well established--we're a messed up gaggle of geese, we are. Aristotle talked about this predilection with his idea of "fine line between genius and madness" that is almost a cliche these days. Even the Greeks thought that the muses were as likely to drive a person insane as inspire them to artistic creation.

And even though there's no end of cranky backlash when someone else points out that artists tend to be a fucked up crew, secretly we've all bitten our nails down to the cuticle that maybe the shoe fits.

I wonder sometimes if creativity is not a Faustian deal, for I always grow higher in my peaks and lower in my valleys when I am deliberately tapping hard into my creative side.  Is there something about the eye we turn on the world that demands a heavy toll in mental well being.  Or does my post hoc my ergo's proctor all over the place? Are the brains predisposed to the ravages of such extremes the same ones that see the world in hues and shades that are just beyond the perception of others.

Are we staring into the abyss when we tap into raw creativity?  Does it stare back? Does it roll its eyes at our cliches?

And there again, it may simply be more pragmatic. Artists have long been outcasts under enormously stressful situations. Working hours a day for a pittance, only to be told that one is lazy and and not really a member of society can harsh even the kitten-filledest of squees.

Seriously, I've seen an artist sigh angstfully at a box of puppies after reading a review.

But for me, it's always been a trade off.  If I get creative, I start experiencing the rise and fall of that world--the joy of creation's flow and the emo-flow when it's dries to a trickle.  I will get depressed if I don't write, of course, but it has always been possible to simply journal and fiddle with things minimally creative.  I have spent years of my life noodling away at the "someday-I'll-publish-this" project at a snail's pace without any real creative commitment, and in that way it has always been possible to "be a writer" but still keep my feet on the ground and experience minimal depression and minimal highs.

And normalcy is more seductive than deep dish stuffed pizza...held by a supermodel....who's one of twins....and–okay, no it's not that seductive. I think I should have stopped at pizza.

But when I'm really working it--the highs and lows become as cyclical and natural as inhaling and exhaling. It's as if grabbing the tether line of a balloon as it takes off into the air sky guarantees an inevitable crash to the earth below as much as it promises exhilarating heights and a view of the world from a perspective few ever see.

I will always fall eventually.  (Usually with "worth it" slipping from my lips as the ground lances towards me like an assassin's stroke.)  But I also know that once I've coughed up some blood and reset my broken bones, another balloon will be along.

Whatever the reason, I have usually been able to contain my depression to a small paddock for most of my life.  I'm basically a happy person with a very dangerous pet.  Oh it gets out once in a while, when I forget to close the gate, but I've struggled all my life to check the gate.

I rarely have to deal with it raging out of control, jumping the fence, or tearing across the countryside to trample poor unsuspecting villagers, but it definitely has. During a period in my early twenties when my parents were divorcing and I thought I was simply unweddable within the Muslim community, depression had reign over my life, and I couldn't get out of bed. When I was fourteen I swallowed a bottle of Advil and went to sleep expecting never to wake up because life had just become too much. After my divorce, I sat in my room, pretending to play World of Warcraft, but actually just watching the character generation screen for hours.

It's always out there. Waiting for me to lose my grip.

When I feel it gearing up for a good thrashing, I get lots of sleep, make sure I'm eating enough fruits and vegetables, and make myself go out and take long walks listening to music as loudly as the iPod will go. It usually does the trick.

This last week, it did not.  I've still got a little storm cloud following me everywhere I go.

I know some people just want to call me human.  That's just the nature of life, Chris. Can't have good without the bad, Chris. Everyone has bad moods, Chris. We all go through down spirals sometimes, Chris. You're not some fucking special snowflake because you spent a weekend in bed, Chris. We all swallow bottles of--well okay we don't all do that, but you were just being dramatic, Chris.

That's me. Quite the little thespian. I wonder if the thought crossed anyone's mind that maybe I really did have a problem.

It may all be true, and I hate the modern chic face of hypochondria to bandy about, diagnosing oneself with mental illnesses, so I won't be a part of it. But diagnosed or not, I've always felt like it if I let go of control, even for a moment, my depression would grab the wheel and drive my life off a cliff. Some days my smile is as much to combat my demons as it is a sign of true emotion. If I stop fighting it, even for a second, it will metastasize over my life like the alien amoebae in Evolution when it came in contact with heat.

(What, you didn't watch that piece of cinematic genius? It's got David Duchovny fighting dinosaurs...your argument is invalid. Now let me get back to my depressive splat...)

When I've let go...when I've let my moods have their way with me, I go down the rabbit hole, and it's deeper than I fear. I've had some truly terrible weeks and even months of darkness from which I thought I maybe wasn't going to come out. I thought maybe the only way to end such abject palpable misery was to cut off it's life at the source. Obviously, I didn't do that. And I got better. But even though I don't succumb to depression often, it's like a character I can feel always watching me from across the room. Waiting for me to fuck up and give it an in.

I don't want that to come across as an incitement to all those with less ability to do well in their own struggles. I am in no way saying "exercise and greens are panacea" or "if I did it, anyone can." That's a raging pile of bullshit.

For some, Artax is sinking into the Swamp of Sorrows, and they're not just going to walk it off.

I can only hope that the sun is coming out from a cloud soon because naps and walks have been taken, vegetables scarfed, (and even caffeine abused), and I am no closer to feeling this funk lifting. However, even when I sink in for the long haul blues jam sessions of the soul, I am consistently reminded that it is fortunate this impotence to "just snap out of it" is not my reality. Not everyone can say the same.
at October 14, 2013