Poll: What is the BEST Novel in the Horror Genre? 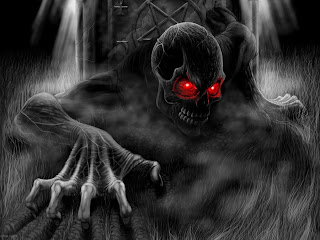 Everyone gets two (2) votes.

This is a slightly smaller poll than we normally run here at W.A.W.  Because it was either that or a much, much larger poll.  A lot of books got one nomination and one "second."  If I had taken all of them, I would have ended up with a poll of over 15, and that starts to not really fit on the page.  Picking some of them and not others would have been arbitrary, so be fair to all of them, I only took the books that more than one "second."

On the one hand, it was cool that we got so much response to the write in polls.  I usually have to include everything including nominations with no seconds, and it leads to an incredibly long poll or lots of quarter and semi final rounds.  This time, enough people wrote in (both with their own suggestions and to second the previous nominations of others) that we were able to pull a poll from the input without breaking fifteen last-place ties.

Please get everyone you know to vote.


The poll will stay up through Halloween, making even this blog a little extra spooky for the holidays.
at October 03, 2013